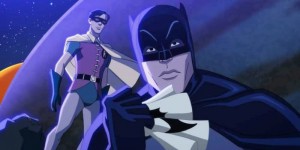 With New York City Comic Con beginning in just under two weeks, Warner Bros. Home Entertainment has announced two panels that will give fans their first look at Batman: Return of the Caped Crusaders and Justice Leage Dark.

Both panels will be held on the main stage at the Jacob Javits Center in New York City. 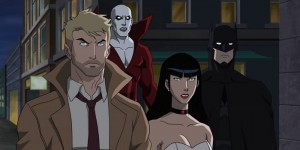 Batman: Return of the Caped Crusaders will mark the return of Adam West, Burt Ward, and Julie Newman in their respective roles of Batman, Robin, and Catwoman from the 1966 television series.

Justice League Dark will mark the first onscreen depiction of the superhero team and will include characters such as Zatanna, Swamp Thing and Matt Ryan reprising his role as Constantine from the short lived NBC series.

Justice League Dark is scheduled to be released in early 2017.

Batman: Return of the Caped Crusaders will received a limited one-day theatrical release on October 10, 2016 before being released on Digital HD the following day. The film will be available on DVD and Blu-Ray on November 1, 2016.