The much anticipated Batman: The Killing Joke will be the latest DC Animated Film from Warner Bros. Animation. From Adam West to Ben Affleck there are arguments to made for every Batman, but for me my definitive caped crusader will always be Kevin Conroy’s from Batman: The Animated Series so to see him return to the role for an adaptation of Alan Moore’s classic is a dream come true. The same can be said for Mark Hamill’s Joker.

The animated film has also notably earned an R Rating and if you already know the story, it’s easy to see why. Batgirl is a pivotal character and we now have a new Batgirl image to get us even more excited. According to ComicBookMovie, Flashpoint Paradox director Jay Oliva will be adding in a new Batgirl sequence and I couldn’t be happier for it. 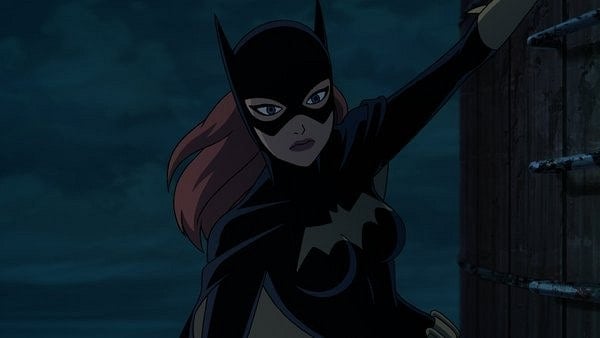 The official synopsis is as follows;

What does it take for a person to snap? How much despair for a mind to fracture? These are the twisted questions that The Joker has set out to answer, to show Gotham that even an ordinary man like Commissioner Gordon is only one bad day away from sheer insanity. Based on the acclaimed DC Comics graphic novel, witness a journey into the dark psyche of the Clown Prince of Crime. Follow his humble beginnings as a struggling comic to his fateful encounter with the Dark Knight that changed everything. Fuelled by the return of Kevin Conroy as Batman and Mark Hamill as The Joker, witness the birth of a super villain, the fortitude of a hero and the punch line that will leave you speechless.

Batman: The Killing Joke will be available on Digital HD on July 26th and Blu Ray and DVD August 2nd 2016.