Late last month, fans learned that anime feature film titled Batman Ninja was in development and would receive a panel at this year’s New York Comic-Con. Now, a brand new poster for the film has been revealed and it offers fans a sneak peek at this newest incarnation of the Caped Crusader.

The poster featured the Dark Knight leaping in the air as he wields two katana with the moon pictured behind him. Donning shogun armor, the poster offers fans only glimpse at this unique take on the DC Comics hero. 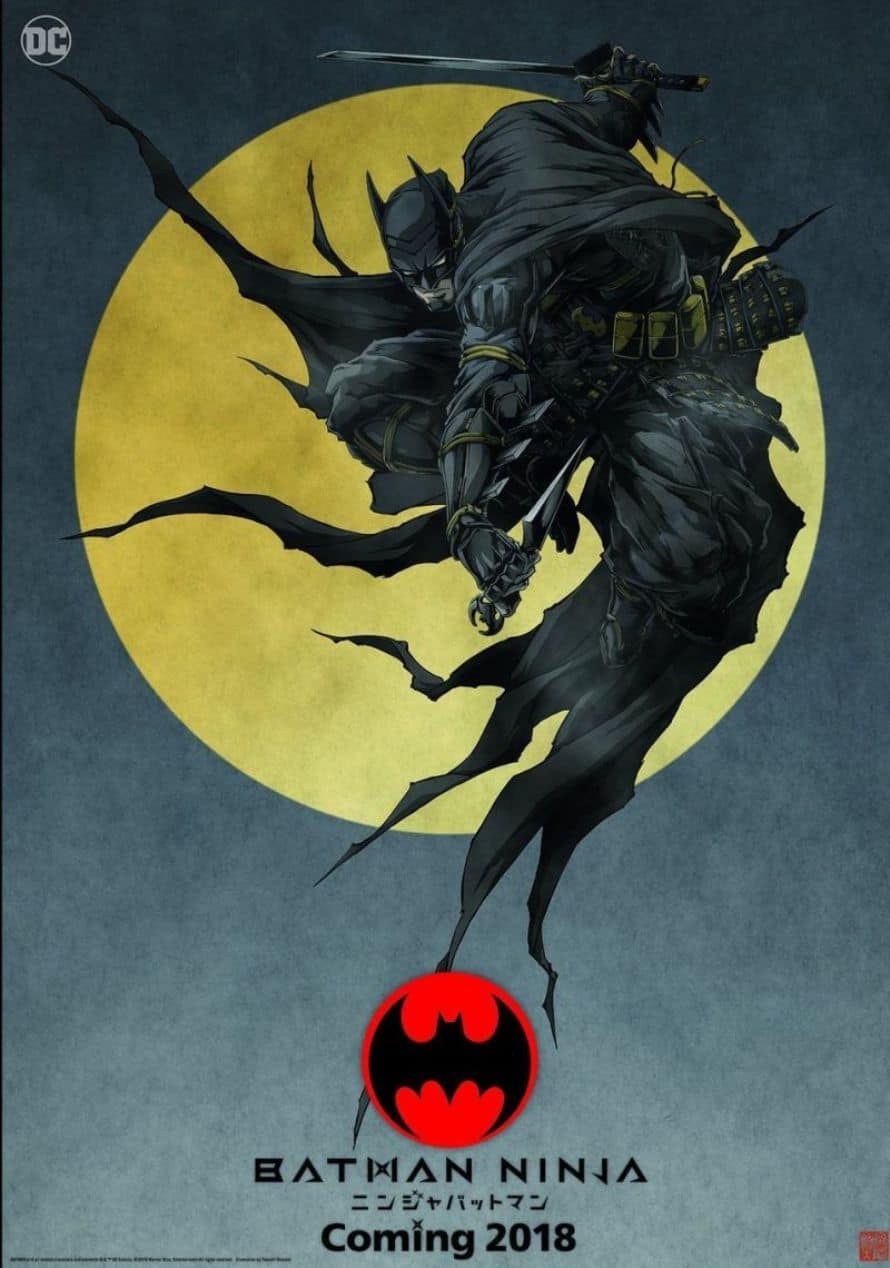 A press statement about the panel reads as follows:

“Warner Bros. Japan and Warner Bros. Home Entertainment team for an eye-popping addition to the Batman animated legacy with Batman Ninja, a spectacular, all-new anime film coming in 2018. Be among the first to witness the premiere of colorful footage from this imaginative take on Batman and many of his connected characters. Panelists will include director Jumpei Mizusaki, character designer Takashi Okazaki, screenwriter Kazuki Nakashima, English-language screenwriters Leo Chu & Eric Garcia and some potential special guests.”

What do you think of the poster? Share your thoughts in the comments section below!

Batman Ninja is scheduled to be released on DVD and Blu-Ray in 2018.