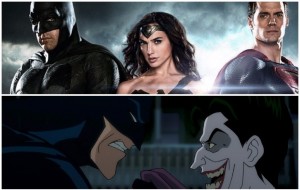 It’s strange that a film that made more than $870 million was considered a commercial “failure.” However, that is what many were saying about Batman v Superman after its theatrical run. The film has its share of vocal people either for or against Zack Snyder’s vision, but it did make a buttload of money. When the Batman v Superman: Ultimate Edition was screened, some of the naysayers (myself included) changed their tune for how they received the film. The extra half-hour gave the movie more depth and a more engaging storyline that turned many around. When the Ultimate Edition was released on Blu-Ray, now people have the opportunity to own the DC Cinematic Universe’s film. And it’s paying off!

Batman v Superman is currently the number one selling movie for home use as a result of fans eager to see the Ultimate Cut, which counts for 70% of its sales which were in Blu-Ray format. The remaining 30% of its sales were standard DVD, which the Ultimate Edition is not currently available for. The Divergent sequel came in number two in sales.

Speaking of the caped crusader, Batman: The Killing Joke also did record numbers for Fathom Events. Before the direct to video animated film was released for home use, it was released in theaters for two days as part of Fathom Events to promote the film. The film grossed $3.8 million during its two-day release. The first night it averaged $2,396 per location, beating out even Star Trek Beyond the first night which averaged $1,592 per theater. The second night earned the film an additional $600,000.

Batman v Superman: Dawn of Justice Ultimate Edition and Batman: The Killing Joke are available for home use via Blu-Ray and Video-On-Demand.