With only a few weeks left until the release of the R-Rated Ultimate Cut of Zack Snyder’s Batman v Superman: Dawn of Justice, photographer Clay Enos has unveiled an awesome behind-the-scenes image of the Batmobile in action on his personal Twitter page. This one seems to be from the chase sequence that occurs midway through the movie, right before the two heroes meet in costume for the very first time in present day (they have an encounter before that in the Knightmare sequence).

Hopefully we’ll get to see a lot more of the Batmobile in the deleted scenes, since it wasn’t featured that much in the second half of the movie after it was damaged. You can check out the image below and sound-off your thoughts in the comment section. Are you looking forward to the upcoming release of the R-Rated Ultimated Edition? 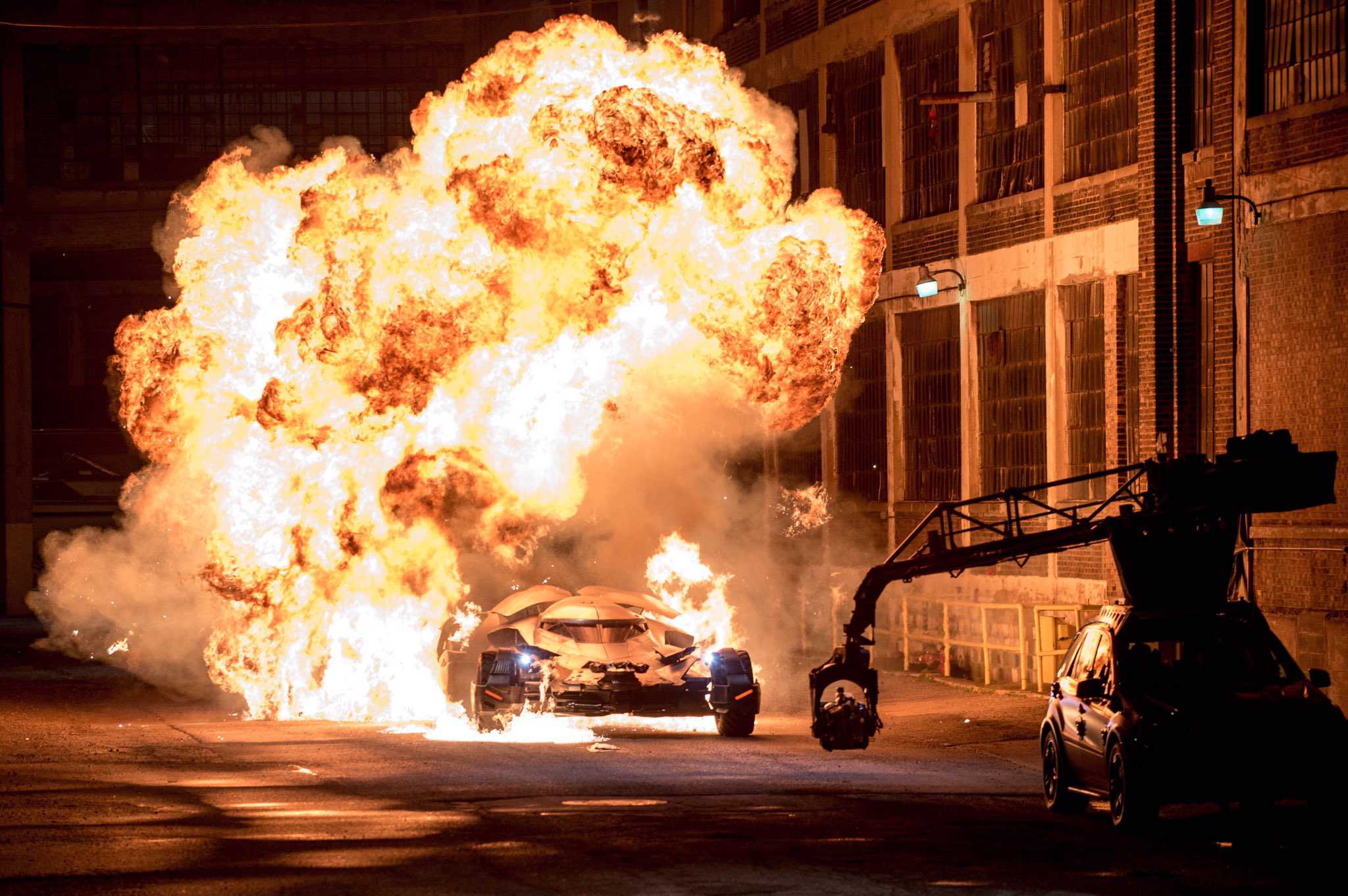