Zack Snyder engages with his fans on Vero to discuss his movies on what seems like a daily occasion at this point, and one conversation reveals the surprising source of a bit of biblical symbolism hidden in Batman v Superman: Dawn of Justice — horses.

In the Book of Revelation, the Holy Bible’s account of the events leading to Armageddon and its aftermath, one of the four soldiers meant to bring upon the end of the world rides upon a pale horse, symbolic of death. As it turns out, Batman v Superman somehow managed to slip a motif under our noses two years after the film was released, as throughout the film, there are numerous shots that feature horses in the context of death itself. Snyder explicitly points out that he looked to the Bible for inspiration: 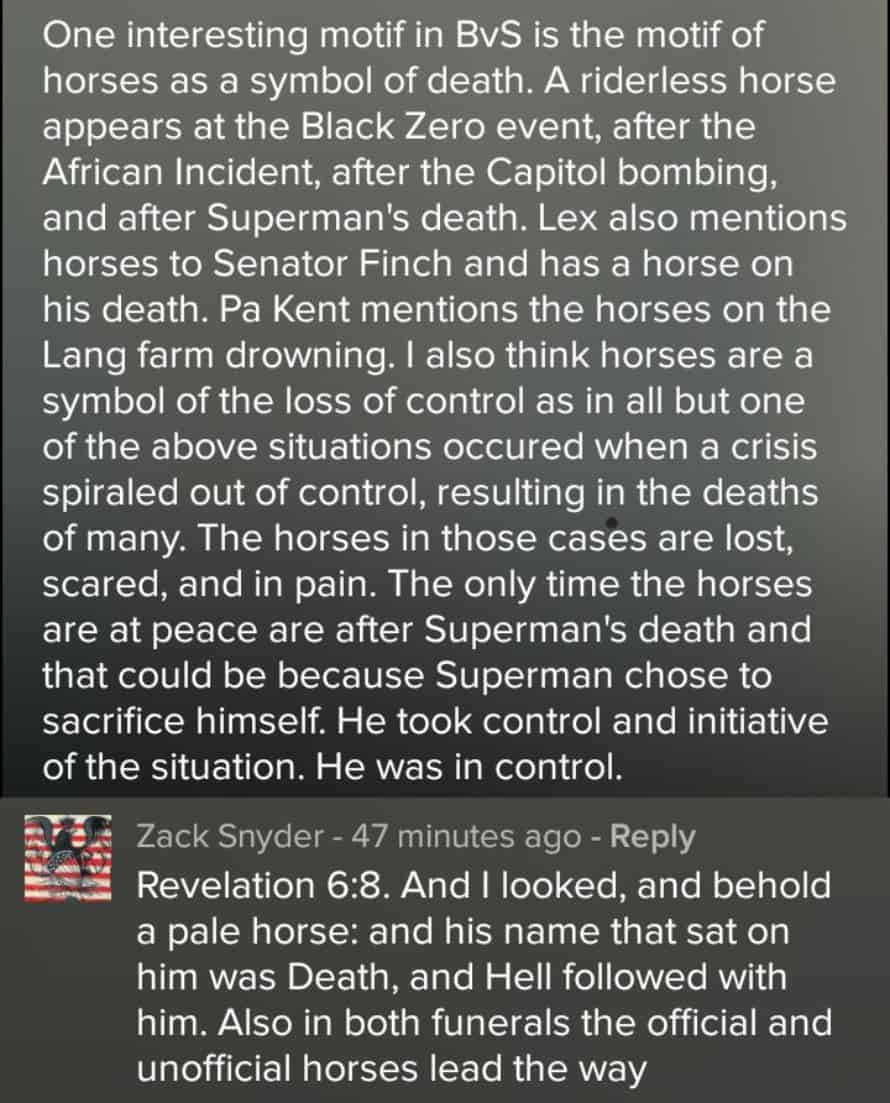 While the movie remains one of the most divisive in the history of modern pop culture, there’s no denying that a lot of thought went into the making of the film. Hopefully, future DC movies can emulate what made it engaging to the group of fans that the film resonated with and avoid some of the bigger problems that the film itself had.