If you’re like me, you are anxiously waiting for the upcoming Ultimate Edition of Batman v Superman: Dawn of Justice. Even as someone who was underwhelmed by Zack Snyder’s follow-up to Man of Steel, I like many fans of these characters have nothing but excitement to see what the Ultimate Edition will add to the original movie.

The movie’s Blu-Ray release is coming soon, and for the many collectors out there who want more than the regular Blu-Ray case, there will be retail exclusives for this Ultimate Edition. The first one here is a steelbook to be released by HMV. It features the two main character posters of the Son of Krypton and the Bat of Gotham. This steelbook is reversible with each poster on one side of it. This edition will include the 3D and 2D Blu-Ray discs as well as an UltraViolet Digital Copy. 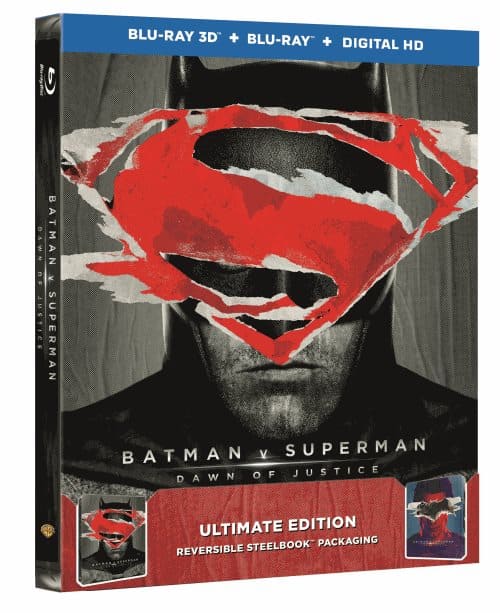 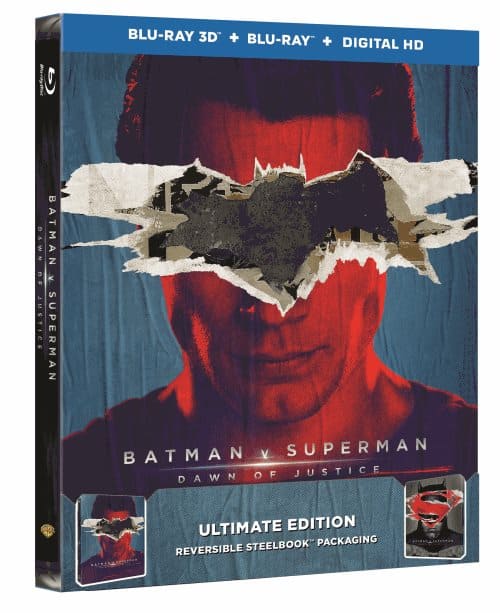 For collectors who want a different type of packaging, Target will release an exclusive lenticular digibook packaging. The lenticular cover will feature both Batman and Superman and will be comprised of a 64-page book featuring content from Batman v Superman: Dawn of Justice – The Art of the Film. This edition will feature both theatrical and extended cuts on Blu-Ray and Digital HD with the DVD only containing the theatrical cut. 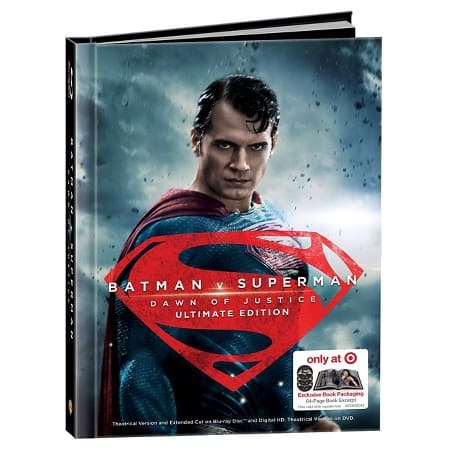 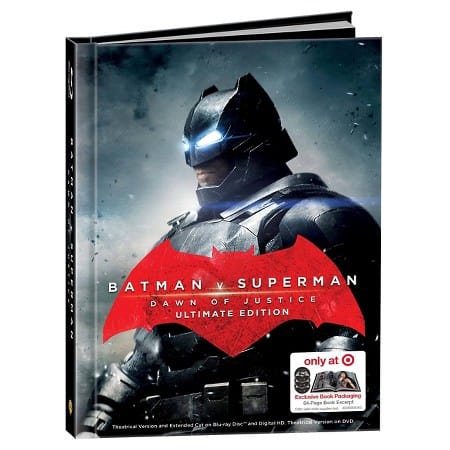 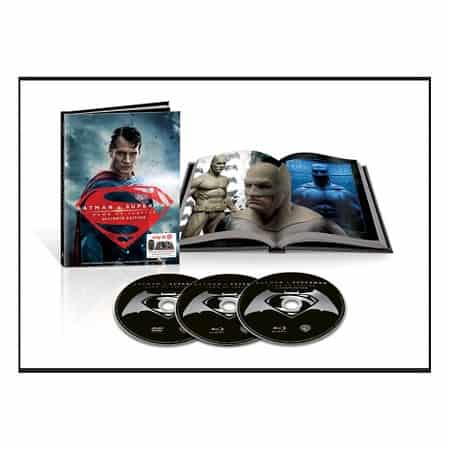 According to the Target website, the Blu-Ray is set for release on July 19. Warner Bros. has yet to confirm the official release date for the Ultimate Edition.