It’s been a few days since the pictures from the Batman v Superman: Dawn of Justice feature in Entertainment Weekly hit the Internet, and the hype has only escalated even further. It took a while, but I’ve finally stopped fangirling enough to write something cohesive.

The images, released a week before San Diego Comic Con kicks off, reveal the immense scope of these beloved characters and the clear subtext, giants walk the earth.

The half-dozen pictures showed us several glimpses into the world that Warner Bros. and DC are building. One thing that was quite apparent, the great care taken to bring a number of iconic images from the comics to life.

Seeing Batman stare down Kal-el in his mechanized suit could give goose bumps to a comatose patient. The image of Lex Luthor with hair (or perhaps donning one of his signature wigs) looks like a perfect propaganda pose for a young business magnate. As for that shot of Gal Gadot and Ben Affleck dancing together? I can think of almost no better proof that that these two actors are ready to play Diana Prince and Bruce Wayne.

Perhaps the best shot of the bunch is the one that landed on the cover. The core of any cinematic universe comprised of DC characters will naturally be centered on the Trinity. Anyone that’s so much as glimpsed into the window of a comic book store has seen a picture of Batman, Superman and Wonder Woman standing together.

That one image contains a ton of clues about these characters. Behind the cowl, Ben Affleck’s Batman projects a look of pain, weariness, and anger. It’s the look of someone who teeters on the edge between relentless determination and giving up entirely. Henry Cavill’s Superman on the other hand is filled with stoic resolve and righteousness. You look at him, and you see The Man of Tomorrow.

And then there’s Wonder Woman. A divine princess from Themyscria, trained in extreme combat. She’s a fearless warrior, which is captured in Gal Gadot’s steely gaze. Her sword is drawn, the lasso is on her hip, and her traditional colors are on full display.

In his interview with Entertainment Weekly, Batman v Superman: Dawn of Justice director Zack Snyder mentioned how Wonder Woman is the linchpin to the entire thing. He described her as a “gateway drug” to the rest of the Justice League. It’s a good bet she could be a big part of what gets Batman and Superman to stop fighting and unite in the upcoming film.

As a big fan of all the major DC characters, it’s a relief to know that we’re not getting watered-down versions for the big screen. A lackluster Hall H presentation by Warner Bros. this year at Comic Con could be forgiven as long as the characters are larger than life on the big screen.

Just as we saw in Man of Steel, Superman appears nearly godlike to the average person. All of the classic Kryptonian powers are there, which is a big relief for anyone unhappy with the current path of Superman comics.

This new iteration of Batman also appears to be ripped right from Frank Millers mind. Not only is this version grizzled, tough, and incredibly imposing (Ben Affleck is easily the largest person to ever portray Batman), but it also looks like he will be the tech-savvy detective we all love. We’ve never gotten a Batman on the big screen that fully encapsulated all of the great things that we love about the character.

Old school purists may be angry that Gal Gadot’s Wonder Woman will not have an invisible jet, nor will she be as adept at flying as Superman. Instead, she will be able to jump so high and far that it will appear as though she is ‘practically’ flying. Aside from that, she will be divine in heritage, incredibly strong, and trained in combat. Gadot recently remarked that she is a big fan of the swordplay, which will be incredibly exciting to see on the big screen.

If the pattern continues, it’s a good bet that Aquaman, Flash, Cyborg and the Green Lanterns will be chiseled out of the some of the best source material from those characters.

The great strength of the Marvel characters is that they’re the everyman. They are appealing because they could be you or me. On the flipside of the coin, the DC characters appear to be more like a pantheon of Greek gods, each one filling a classic archetype. While neither approach is better than the other, I’m glad to see that Zack Snyder and the head honchos at Warner Bros. decided to make these characters so looming, both in appearance and the scope of their powers.

“Remind them that giants walk the earth.” 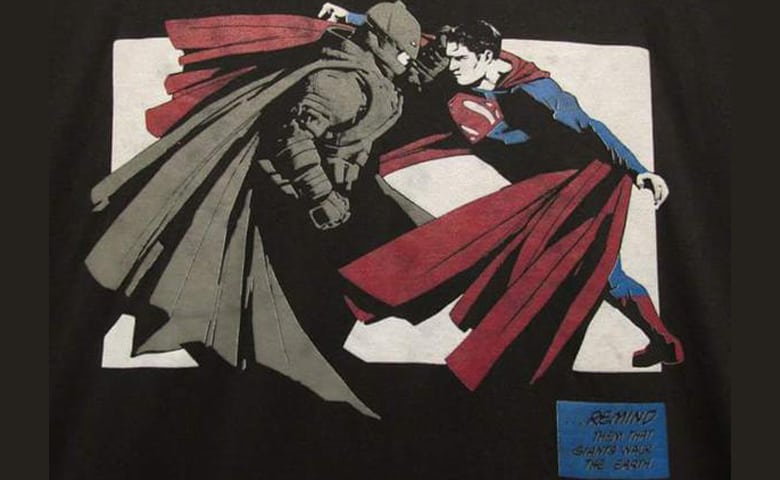