In the age of Comic Book Movies, prequel comics are the norm. Just about every comic book film gets one, and Batman v Superman is no different.

In the age of Comic Book Movies, prequel comics are the norm. Just about every comic book film gets one, and Batman v Superman: Dawn Of Justice is no different. This film however, releases its comic a little differently.

In an agreement with Dr Pepper, powered by the Blippar app,  the promotion for Batman v Superman is in full swing and Dr. Pepper has a a free prequel comic written by Christos Gage and art by Joe Bennett and is giving away the comic in chapters for purchasers of Dr. Pepper 20 oz drinks. Here is a look at the first chapter provided by the app: 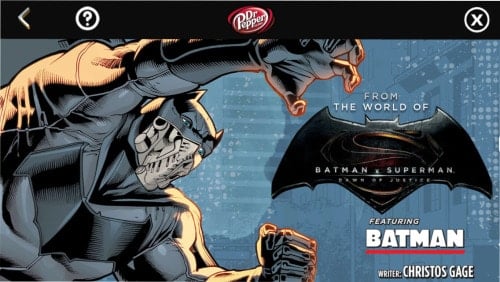 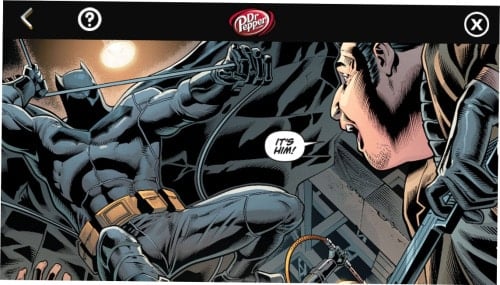 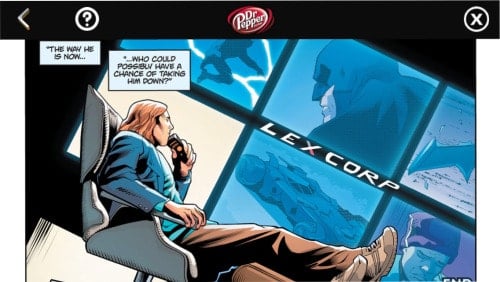 While the chapters are short, they do provide some significant backstory for those curious about Batman’s new brutal stance on branding criminals, and it seems its once again all because of the Metropolis incident.

You can download this, and future chapters from Dr Pepper in the coming weeks.

“Fearing the actions of a god-like super hero left unchecked, Gotham City’s own formidable, forceful vigilante takes on Metropolis’s most revered, modern-day savior, while the world wrestles with what sort of hero it really needs. And with Batman and Superman at war with one another, a new threat quickly arises, putting mankind in greater danger than it’s ever known before.”