Batman v. Superman: Dawn of Justice wasn’t just a movie about two of DC’s greatest heroes facing off, it was also an introduction to one of those heroes in the DCEU. Even though we’ve seen Batman countless times before, WB still had to introduce us to Ben Affleck’s take on the character. Of course, his version of Batman was pretty similar to every other Batman we’d seen. He’s a crime-fighting, cowl-wearing badass with a variety of Bat-related gadgets at his disposal- some of which are the subject of some new concept art that has recently been released.

Batman v. Superman: Dawn of Justice – The Art of Film and the Tech Manual are companion books released around the time the film came out. They both contained some pretty great original art designs for the film, and now some of that concept art has been published online for all to see!

The concept art is of Batman’s two main vehicles, the Batwing and the Batmobile, as well as the Batcave, his superhero domain. The concept art (which can be found at Concept Art World) isn’t too different from the final product seen in the film, but it’s still cool to see the original conceptual designs for some of Batman’s vehicles and gadgetry!

You can check out some of the concept art below, and if you liked Batman v. Superman, make sure to pick it up on DVD/Blu-Ray or Digital HD today! 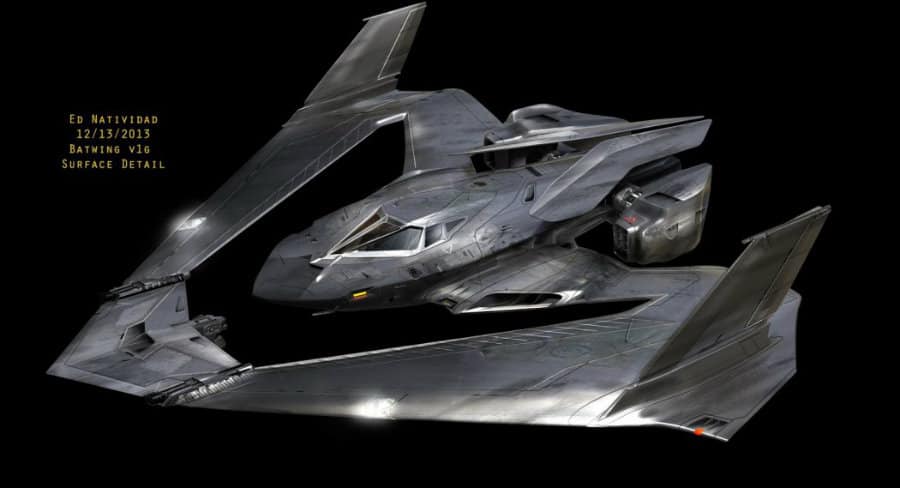