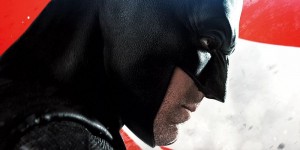 In breaking news, Oscar-winning writer, director and actor, Ben Affleck has confirmed the official title for his upcoming Batman standalone film. In an interview with Associated Press on their official YouTube page, the Batman V Superman: Dawn of Justice star confirmed the previous rumours when he revealed the title to be The Batman.

“The movie I think is going to be called ‘The Batman’. At least that’s what we’re going with right now. I might change it… That’s about all I got right now. We’re working on the script, the script is going well, I’m really excited about it.”

Well, there you have it. An official title, a predicted starting date and a lead villain cast. The film’s name comes from the 2004 animated series, The Batman. However, the name has been used in the comic book law for years, as many of Gotham City’s most notorious would refer to the caped crusader as “The Batman.” As previously mentioned, the name had been the rumoured title for months, going back to late 2015 when the title was first mentioned.

What do you guys make of this? Are you a fan of the title or did you want something a little more descriptive? The Batman is rumoured to release in 2019, and it will star Ben Affleck, J.K. Simmons and Joe Manganiello as Deathstroke.