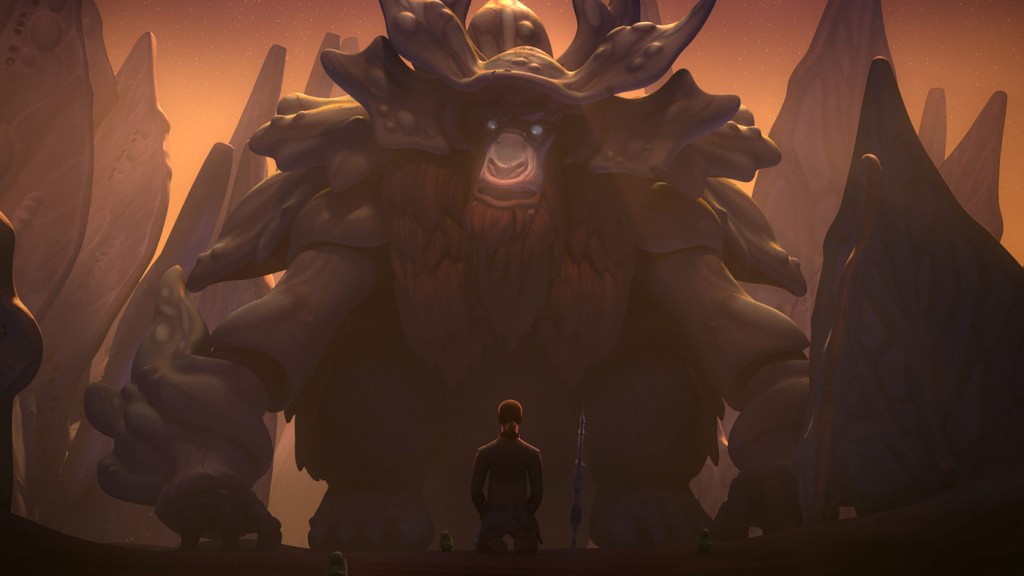 We’ve known for a while that Tom Baker, the Fourth Doctor, will voice a powerful Force character in Star Wars Rebels, season 3. That character is known as the Bendu, who is incredibly strong in the Force despite having no allegiance to Jedi or Sith. From what we’ve seen in the clip below, the Bendu will play a key role in helping the Kanan (Freddie Prinze Jr.) adjust to his recent blindness and better understand the Force. Maybe even Ezra, as well.

At first glance, the Bendu is somewhat reminiscent of the Lion Turtle in Avatar: The Last Airbender, and not just in his imposing look. He’s also presented as a wise, even ancient force of nature that’s quite neutral, yet extremely supportive based on what we’ve sen so far. His likely Eastern ideals will be an interesting point of friction with someone as Western in conceit as Kanan, and that’s probably for the better.

Tom Baker himself spoke with USA Today about the Bendu’s role, saying:

The Bendu is described as a ‘life force,’ which is something we haven’t really seen before in Star Wars. He’s not the dark side or the light — he’s something greater. I’m quite flattered that (Rebels executive producer) Dave Filoni fancied me as a ‘life force’ at the age of 82. 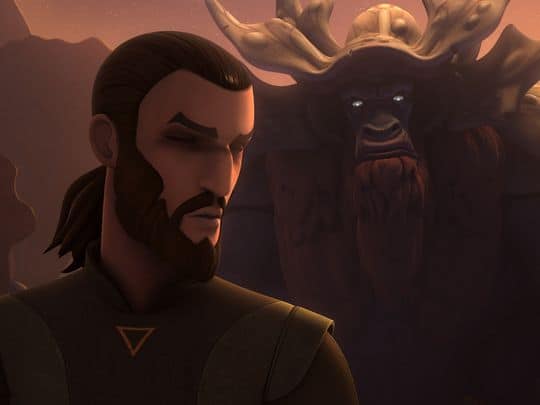 We’ll see more of the Bendu once Star Wars Rebels kicks off its new season on September 24th.