We are just about three months away from the release of Doctor Strange – one of the most intriguing entries not only in the Marvel Cinematic Universe, but in the superhero genre as we know it today. For one, delving into the magical realms of the comic book lore is an exciting prospect already, but knowing the depths that Stephen Strange’s story dive into, this could be a great opportunity to explore one of the most nuanced superheroes in all of Marvel Comics.

Benedict Cumberbatch, who portrays the Sorcerer Supreme was interviewed by EW. The Academy Award-nominated actor discussed the titular hero’s true superpowers, and they are not the typical powers one might expect when the thought first comes to mind.

This man reaches the very bottom and then more. You think, How much more can this guy take? He’s broken, he gets up again, he’s broken — and that’s really what makes him a superhero. A lot of people have asked me, ‘What makes him a superhero?’ That’s really the answer I should have given. It’s not the Cloak of Levitation. It’s not the Eye of Agamotto. It’s about his staying power. It’s a marathon and not a sprint. The guy endures so much.

As you can tell from these answers, Benedict Cumberbatch completely understands the essence of Stephen Strange’s identity. Of all the new characters added to this ongoing Marvel Cinematic Universe, Doctor Strange is the hero that may showcase the most complexity on both a narrative standpoint and a performance standpoint. Cumberbatch may have been considered a “safe” choice for the role, but sometimes that safe choice is the right choice. For those who have seen The Imitation Game, they understand the nuances he can provide for a character like this.

Also, EW revealed some brand new images from the upcoming film. You can check them out below. 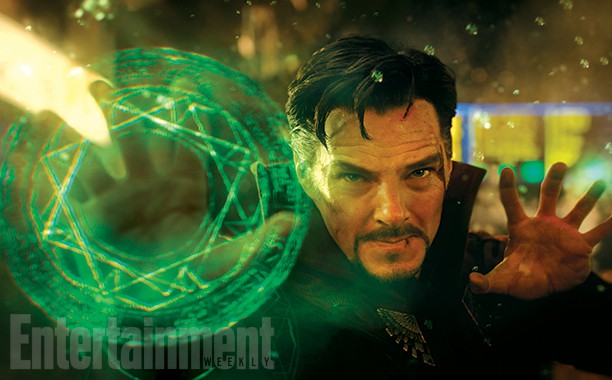 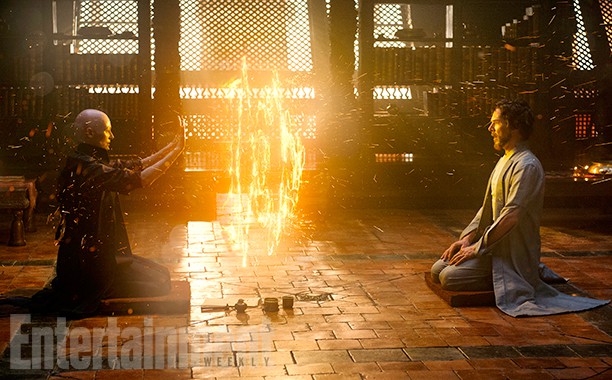 Marvel’s Doctor Strange follows the story of the talented neurosurgeon Doctor Stephen Strange who, after a tragic car accident, must put ego aside and learn the secrets of a hidden world of mysticism and alternate dimensions. Based in New York City’s Greenwich Village, Doctor Strange must act as an intermediary between the real world and what lies beyond, utilizing a vast array of metaphysical abilities and artifacts to protect the Marvel Cinematic Universe.