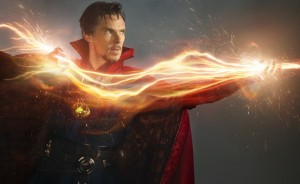 Last weeks fans were given their first look at the cover for the upcoming issue of Empire Magazine featuring Benedict Cumberbatch as Doctor Strange. Now Empire Magazine has released two official images from the film featuring Cumberbatch alongside co-star Rachel McAdams as well as a new look at Mads Mikkelsen’s ominous character Kaecilius. 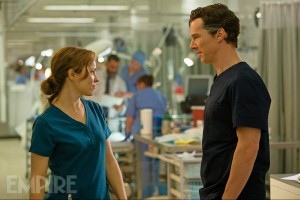 The first image spotlights a moment between Cumberbatch’s Stephen Strange and McAdams as surgeon Christine Palmer, possibly before the tragic accident that starts off Stange’s journey towards becoming The Sorcerer Supreme. On the nature of the relationship between both characters, Marvel Studios President Kevin Feige describes Palmer as “an anchor to [Strange’s] past life”. 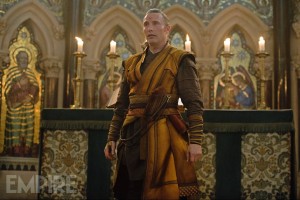 The second image features Mads Mikkelsen in full costume as the films antagonist. However Mikkelsen explains that while his character poses a threat to Doctor Strange, he does not view Kaecilius as completely villainous:

“[He’s] a man who believes in a better world, a world without human tragedy,” […] “but his means are quite different from the ones Doctor Strange is using, therefore conflict”.

For more from Benedict Cumberbath, Mads Mikkelsen, as well as interviews with Chiwetel Ejiofor, Tilda Swinton, and director Scott Derrikson, readers can pick up the upcoming issue of Empire Magazine on October 29, 2016.