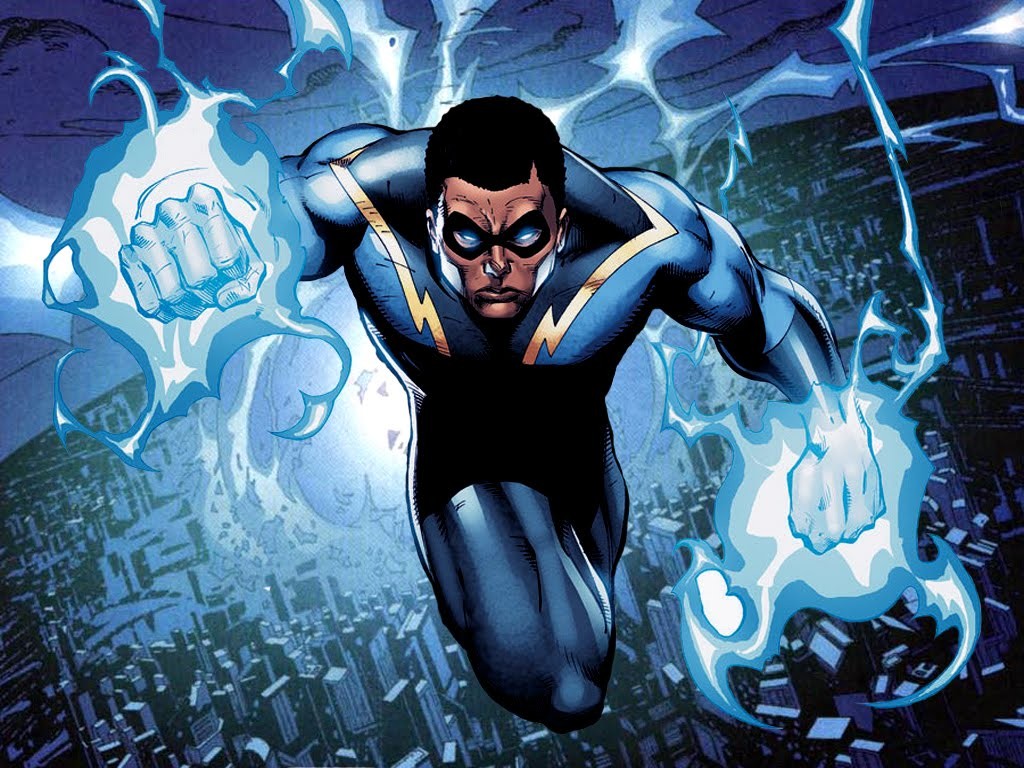 It looks as if the DC Television Universe is going to be expanding even further, thanks to DC TV guru, Greg Berlanti. According to Deadline Hollywood, Berlanti, Mara Brock Akil, and Salim Akil are in the process of pitching a new show based on the hero Black Lightning to different networks with the hopes it will be picked up.

Mara Brock Akil is best known for her work on Being Mary Jane and The Game, and this time she’s bringing along her husband Salim Akil. Black Lightning is being written by both the Akil’s, and will focus the hero Jefferson Pierce. Pierce hung up both his suit and identity, but “with a daughter hell-bent on justice and a star student being recruited by a local gang, he’ll be pulled back into the fight as the wanted vigilante and DC legend — Black Lightning”.

Black Lightning was first conceived in 1977 by Tony Isabella and Trevor Von Eeden, and is one of DC’s first major African-American super heroes. The print version of the character has two daughters, both following his path of being a superhero. Anissa Pierce (better known as Thunder) was a member of The Outsiders, and her sister Jennifer Pierce (also known as Lightning) later joined up with the Justice Society of America (who just so happens to be coming to next season of DC’s Legends of Tomorrow). Black Lightning will be joining Marvel and Netflix’s Luke Cage as the second major super hero show to feature an African-America hero.

Deadline also reports that a Black Lightning series has been a potential project for DC TV for about a year now, but the producers have taken their time getting it right.

Additional details about the show are currently unknown as this story sort of popped up out of nowhere. My first thought was… why not Static?! Maybe one day. Also, don’t forget CW Friday’s are still wide open for a superhero show. Get on it, CW! We want a full week of DC TV shows! Well, I do at least. And you all should also.