The CW has released the first look at Jennifer Pierce’s Lightning, suited up in full costume for the second season of Black Lightning.

Black Lightning recently aired its Fall season finale on Tuesday, with the show returning early next year. On Thursday, The CW released the first look at Jefferson Pierce’s daughter, Jennifer, suited up as Lightning. Jennifer’s Lightning marks the third member of the Pierce family to suit up, with her sister Anissa becoming Thunder during the midway point of Season 1.

You can check out the first image of Lightning below! 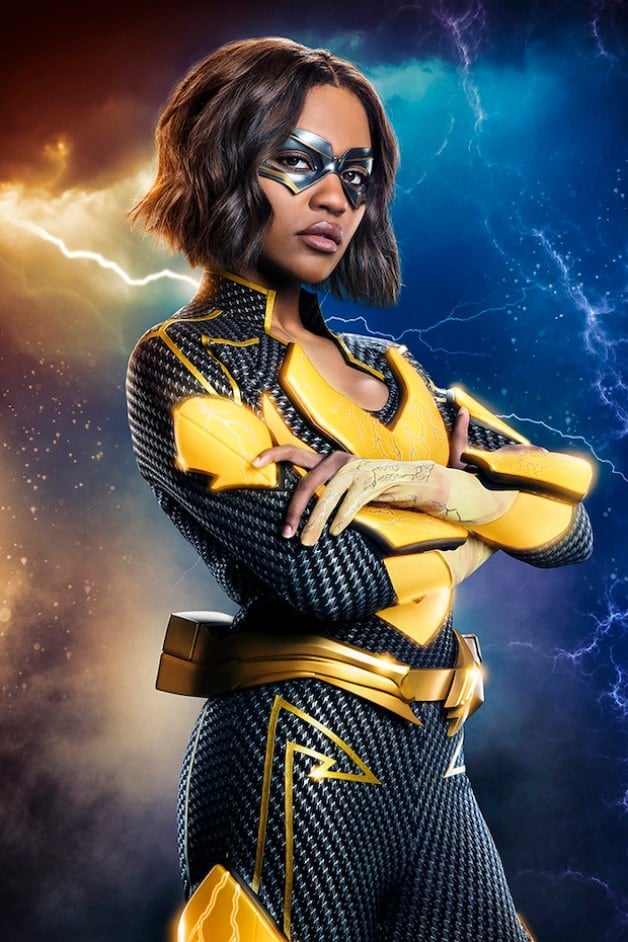 What are your thoughts on the first look at Lightning? Comment below!

School principal and retired superhero Jefferson Pierce leaps back into action as the legendary Black Lightning after a gang threatens his family.