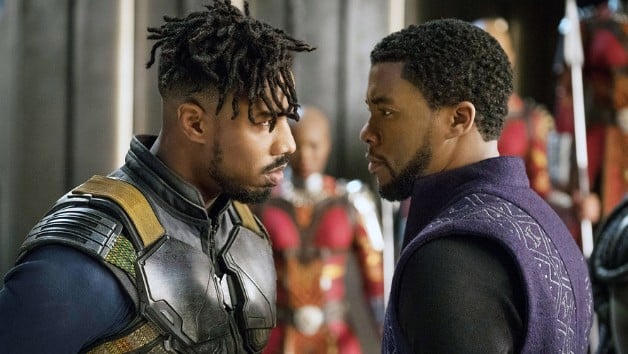 A new rumor claims Michael B. Jordan will reprise his role as Erik Killmonger in Marvel Studios’ sequel to Black Panther.

Although Michael B. Jordan’s Erik Killmonger was killed during his confrontation with King T’Challa in Black Panther, the character proved popular enough that few would have complained if Marvel Studios’ found a way to bring him back for the sequel. Now, a rumor from Roger Wardell, who previously posted accurate Avengers: Endgame spoilers well-ahead of the film’s theatrical debut, claims Michael B. Jordan’s Erik Killmonger will return without Marvel Studios’ having to reverse the character’s death.

According to Wardell, Michael B. Jordan’s Erik Killmonger will continue to exist in the spiritual plane where T’Challa communicated with his deceased father in the first Black Panther. Furthermore, Wardell claims the Black Panther sequel will introduce the Queen Divine Justice, a character from the comics who is a princess secretly raised in America by a warrior of T’Challa posing as her grandmother.

Would you be excited if Michael B. Jordan returned as Killmonger for the Black Panther sequel? Let us know below!

Black Panther 2 will likely start filming in late 2019 or early 2020. Chadwick Boseman, Danai Gurira, and Lupita Nyong’o are expected to return for the sequel. The first two were recently seen as their respective characters in Marvel Studios’ Avengers: Endgame.