While working on Captain America: Civil War, Concept Artist Jerad S. Marantz had the chance to work on the design of Black Panther in his first on screen appearance in the MCU. He recently released some of this art saying;

“I had the honor of doing some early passes on the Black Panther while working in-house at Marvel with their amazing Visual Development team. It was a great project that ended up being one of my favourite Marvel Movies” 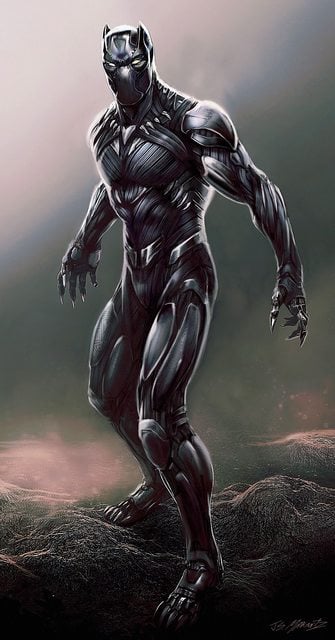 The costume designer for Captain America: Civil War Judiaanna Makovsky spoke with Tyranny of Style about the suit and said;

“The concept for the Black Panther costume came from Marvel’s visual development. Ryan Mynerding, their head of visual development, and I worked very closely to try to get this costume realized. It has many patterns intertwined, particularly etched into the helmet.”

Makovsky went on to say;

“The suit itself had to be very malleable and flexible, but still look like it has vibranium woven into it. The actor needed to have very feline movement so to find a fabric that would convey that was a challenge. It is made up of a stretch with three different interwoven textures as well as molded pieces. The hardest part was getting the suit to not be bulky and reflect the body of a gymnast instead of a big muscular superhero.” 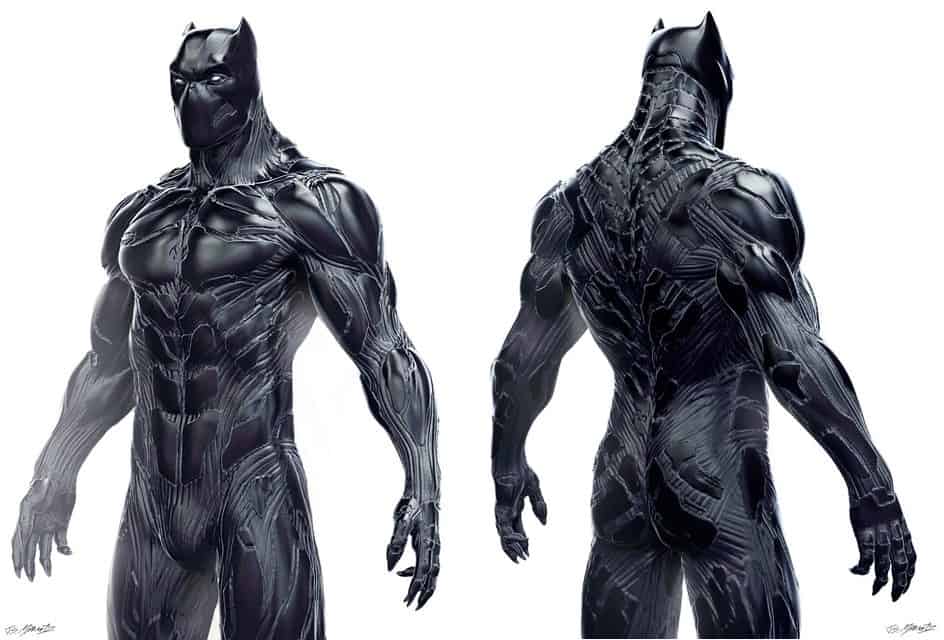 Captain America: Civil War is still in theatres and Black Panther is set for a February 2018 release with Ryan Coogler at the helm.