While next year’s Black Panther will feature the King of Wakanda taking center stage in his first solo outing, there is no denying the impressive cast of characters ripped right from the pages of the comics that T’Challa (Chadwick Boseman) surrounds himself in the upcoming Marvel film.

USA Today has provided us with yet another look at two of T’Challa’s allies in a preview of their must-see films of 2018. You can check out the new still below which gives us another look at Okoye (Danai Gurira) and Nakia (Lupita Nyong’o), the heads of the Dora Milaje who serve as the protectors of the King of Wakanda. 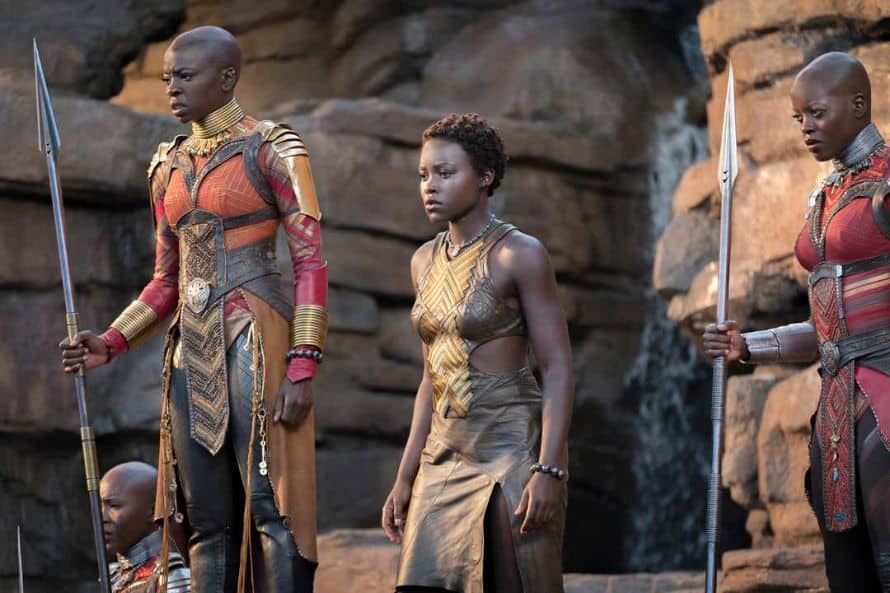 Nyong’o opened up about portraying the role of Nakia and advises that although the character is ardent in regards to her position in Wakanda, the actress teases that there will be challenges that will lie ahead for her as far as where her loyalty stands, “She’s very passionate about her work. She has to decide where her allegiance lies and what comes first.”

Gurira, on the other hand, reveals that Okoye will have a very dry sense of humor in the film as her role as the king’s protector is something that she is extremely solemn about, “It’s her job to take care of [Wakanda], and she takes that job seriously.” The actress also mentions how “astoundingly cool” the kingdom of Wakanda is both “tangible” yet “larger than life”.

Are you excited about T’Challa’s next big screen appearance and to see the rest of Wakanda make their live-action debut? Sound off in the comments below and let us know what you think!