In the grandstanding tradition of every Marvel Studios character’s first solo film, the villain will boast a suit/powers/background the same as the heroes, except bigger/darker/more advanced. We’ve seen it with Iron Man and Iron Monger, Captain America and Red Skull, Thor and Loki, Ant-Man and Yellowjacket, Doctor Strange and Kaecilius. And now the same is exactly true for Black Panther.

Black Panther’s suit is an advanced yet ancient suit of power and symbolism for the people of Wakanda, being the armor for their city’s greatest warrior. But in the film Black Panther, the Black Panther himself T’Challa (Chadwick Boseman) is facing a threat from within with Eric Kilmonger (Michael B. Jordan), and Kilmonger cannot just face off against T’Challa without protection. And so we have Eric Kilmonger’s own “Golden Jaguar” suit, which made its first appearance in the official Black Panther trailer. Check out the full look below! 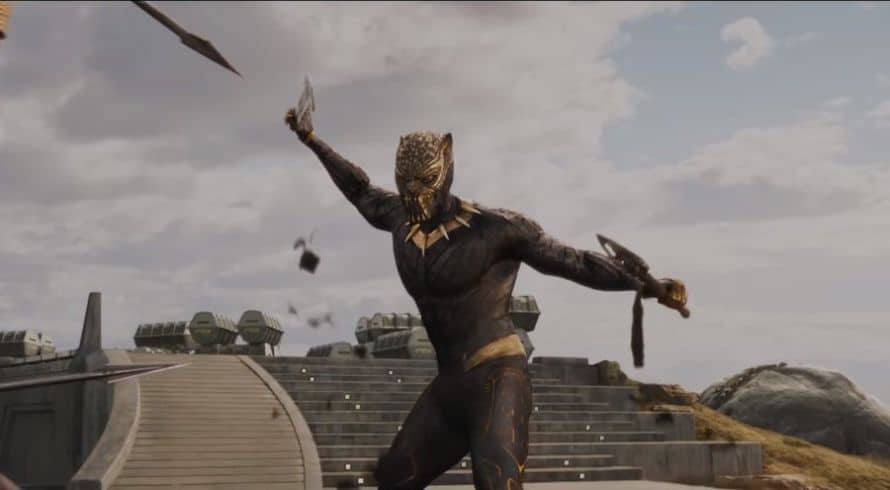 Though the idea for the villain to have a similar suit to the hero is a cliché for MCU movies, this looks so badass. It’s different enough to stand apart from T’Challa, but still retains that excellent cinematic design for the classic Marvel character. Maybe we might see more changes to the original Black Panther suit to make it more separate, such as the classic cape and high-collar. Whatever happens will happen, but director Ryan Coogler is really embracing the cooler aspects of this world with this and more costume choices.

After the events of Captain America: Civil War, King T’Challa returns home to Wakanda. He soon finds his sovereignty challenged by factions within his own country. When two enemies conspire to bring down the kingdom, T’Challa must team up, as the Black Panther, with C.I.A. agent Everett K. Ross and members of the Dora Milaje—Wakanda’s special forces—to prevent a world war.