We’re only a few short weeks from the film hitting theaters and The Russo Brothers have revealed a new behind-the-scenes shot from Captain America: Civil War via their Instagram. The new image features ‘Black Panther’ taking down Sebastian Stan’s ‘Winter Soldier’ which the directing duo captioned as “Working out choreography for the dance scene.” Check out the new image below and sound off with your thoughts in the comments section afterwards. 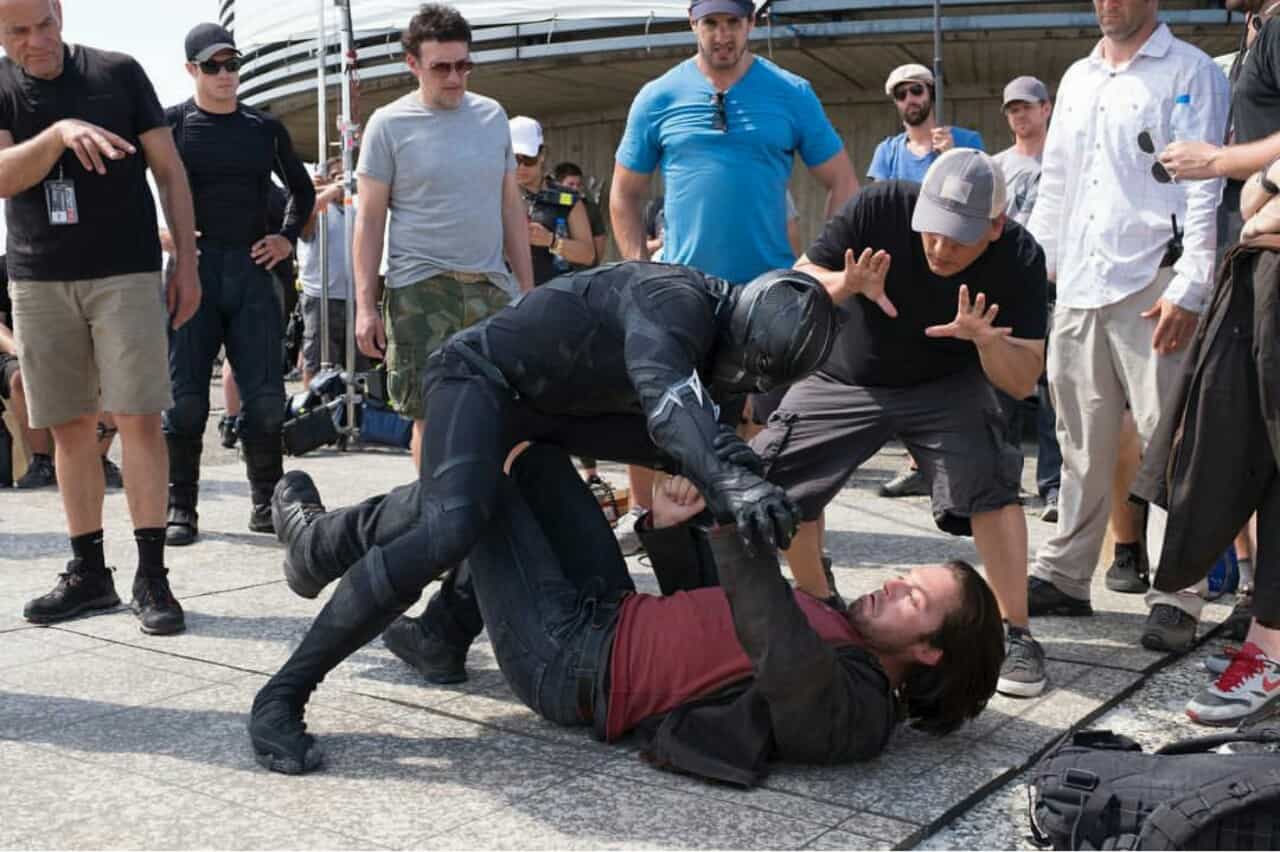