Although fans never got to see Henry Cavill don a Black Suit as Superman during Batman v Superman or Justice League, there’s been plenty of fan art imagining what he would look like in the classic comics costume. Now, Prime Studio 1 have unveiled their impressive take on the would-be Superman outfit, revealing a Black Suit statue of Henry Cavill’s Superman.

The Henry Cavill statue stands at 42 inches tall, which should be an intimidating addition to any DC fan’s shelf, but with the level of detail in the design, it would definitely be worth it. The impressive Superman statue costs $2,299.00, a small price to pay for any dedicated Superman or Justice League fan. Take a look at the description from Prime 1 Studio and the Henry Cavill statue below.

“Stay down! If I wanted it, you’d be dead already.”

Superman is crafted in 1:2 scale with attention to detail and likeness, standing around 42 inches tall. The ultimate Superman piece for all fans!

Fearing the actions of a god-like super hero left unchecked, Gotham City’s own formidable, forceful vigilante takes on Metropolis’s most revered, modern-day savior, while the world wrestles with what sort of hero it really needs. And with Batman and Superman at war with one another, a new threat quickly arises, putting mankind in greater danger than it’s ever known before…

Don’t miss out to add Superman Black Suit Statue to your DC collection! 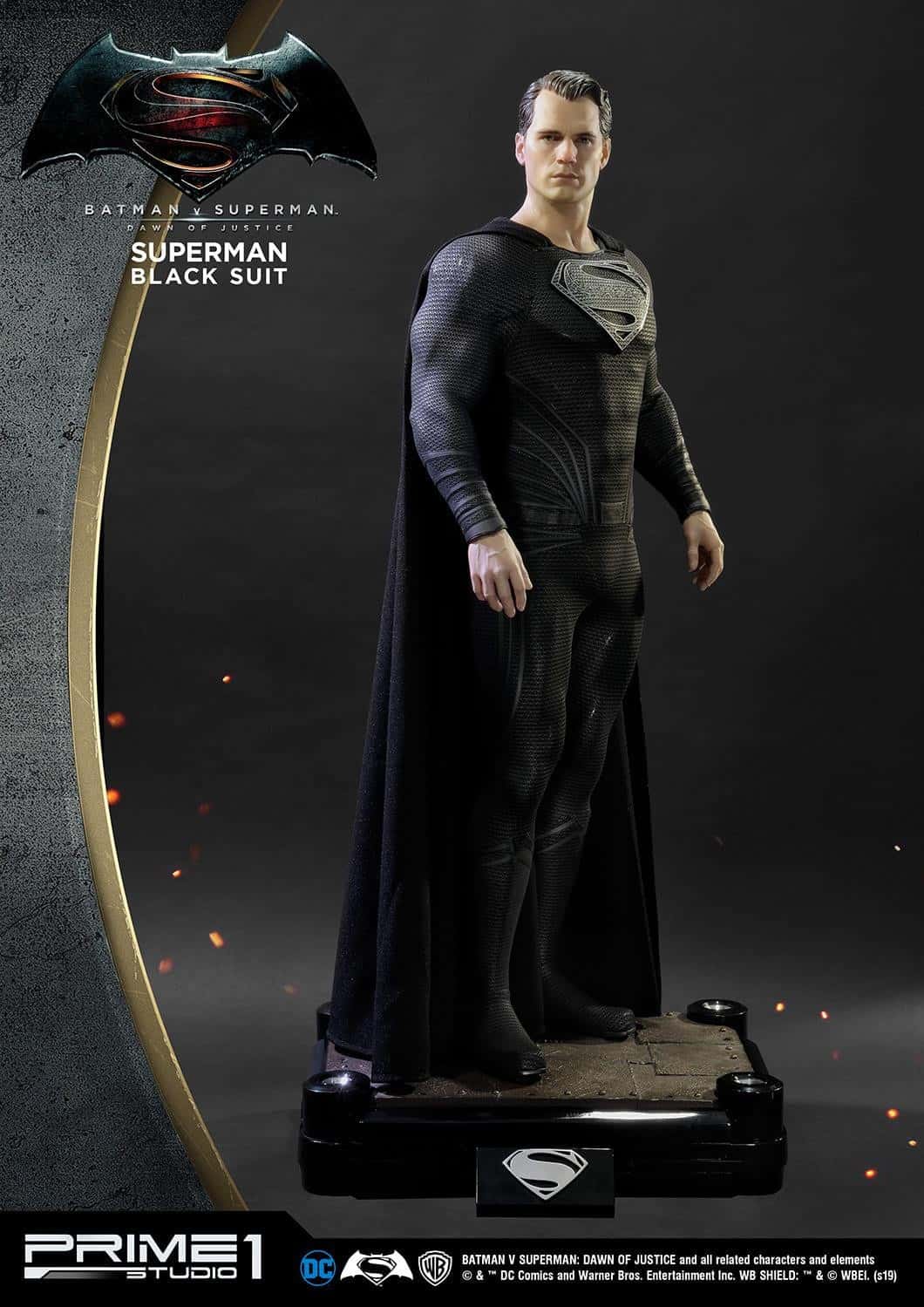 Will you be buying the Prime 1 Studio statue? Let us know in the comments.