The latest issue of Entertainment Weekly gives us our first official look at some concept art from Denis Villeneuve’s yet-to-be titled Blade Runner sequel, which will see Harrison Ford returning to the role of Rick Deckard after more than three decades. Speaking with the magazine, Villeneuve talked about how he still remembers watching the original movie for the very first time and how it spawned his desire to become a director:

“I remember the opening sequence perfectly…That note of music; seeing Los Angeles in 2019; that smog; that darkness. It’s really the movie that gave birth to my desire to become a director.”

The director then went on to talk about how Blade Runner screenwriter Hampton Fancher convinced him to sign on for the project :

“He told me that Blade Runner was a dream. We just have to dream again and not worry too much about logic. That removed so much pressure and gave me the key to move forward.”

Plot details are being kept under tightly under wraps, but we know that the sequel is set several decades after the original movie and it sounds like things have changed since then:

“The climate has gone berserk — the ocean, the rain, the snow is all toxic.” 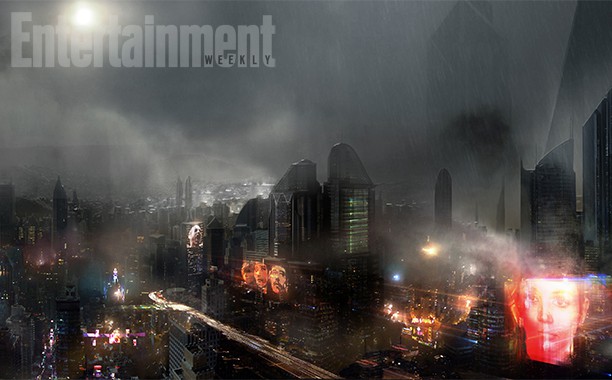