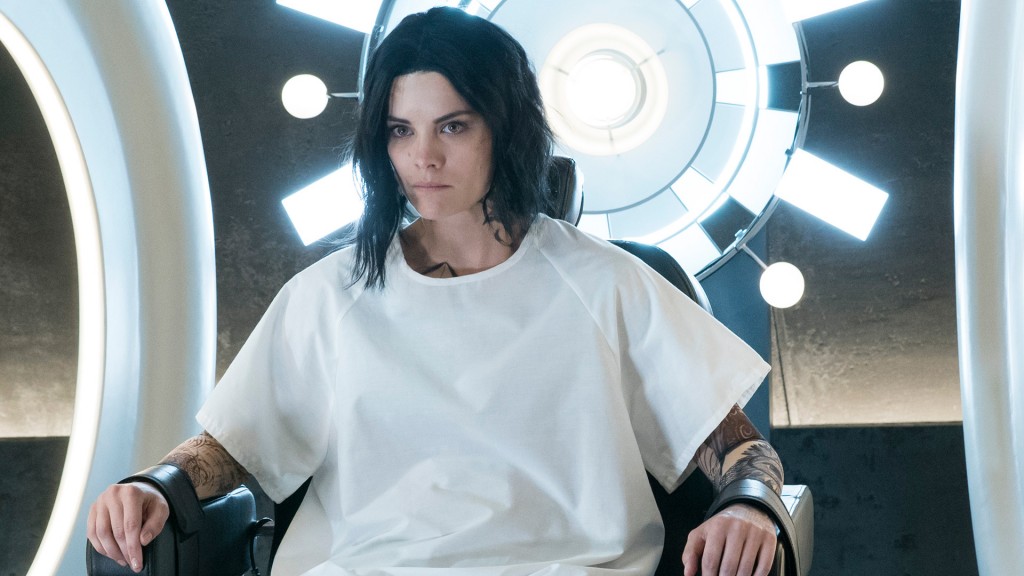 Blindspot kicks off its new season with an efficient opener. But is it enough to keep us hooked?

This review contains mild spoilers. Scroll down to see the verdict and grade.

Overall, Blindspot is a difficult show to peg, though easy enough to recommend. Its standard remix of the case/tattoo-of-the-week formula gives breezy viewers the breezy entertainment they want, while also supplying enough intrigue and action-core to satisfy just about everyone else. For all of its uneven storytelling and brazen hand-holding, Blindspot remains one of NBC’s most entertaining shows.

Season 1 ended on a cliffhanger with Jane Doe getting arrested by Kurt Weller for being a double agent (and not being Taylor Shaw). We catch up with her three months later at a CIA black site getting tortured for information. That is, until she manages to escape (courtesy of one of the episode’s best fight sequences) only to get tracked down by the FBI and NSA, who’ve temporarily teamed up to take down Sandstorm, the shady terror organization from the first season that took Jane’s memory away.

This is where the efficient storytelling comes in. It doesn’t take long for Team Tattoo to reunite, even if it’s under strenuous circumstances. No one trusts Jane in the slightest, including herself, and the episode wisely puts aside a tattoo-of-the-week in order to properly set up the rest of the season’s status quo. That status quo consists of a more interesting mystery external to Jane Doe’s identity, though it’s too bizarre to make sense of this early in the season. For whatever reason, Blindspot seems to be interested in black holes and rockets moving forward, which is a nice relief from obsessing the audience over trite things like Jane Doe’s parentage (for now). 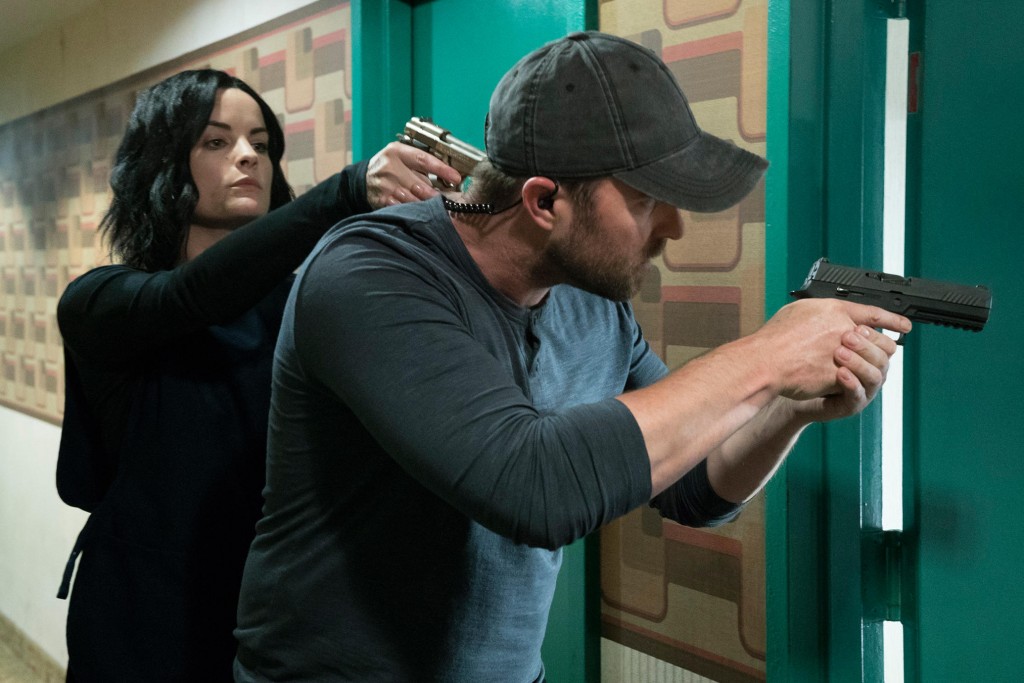 There are some noticeable misfires in the episode, courtesy of the network’s insistence to insert half-earned tension, even when inappropriate. One sequence in particular puts Patterson up against an “impossible coding job” that is never explained aside from being so difficult she does it miraculously in the last second. Mayfair’s death gets a hand-waved speech from Kurt (A.K.A. Master Macho)  in order to wrap up that character arc and move everyone forward. And just like in the pilot, we get way more answers than expected and all at once.

But you can forgive Blindspot for having other things on its mind. For one thing, it adds a few new recurring characters that feel like essential additions, not just welcome ones. There seems to be more to Naz, the NSA head, than a no-nonsense attitude and determination to take down the bad guys by any means necessary. She actually has a potent sense of warmth and humanity behind her cold exposition regarding Sandstorm and Orion. Personally, I’m still rooting for Shepherd and Roman more than I am the actual protagonists, if only because they seem too fun to see removed from the show in favor of the good guys.

As mentioned earlier, the action of Blindspot is its true strength, showing off some of the more impressive and creative stunt shots seen on primetime, even this later time-slot. Jane and Kurt’s impressive fist fight in a New Jersey motel is a true standout, as it allowed both characters to go all out with both their perceived and existing strengths: Jane’s speed versus Master Macho’s brute forearms was as exciting as this show has gotten in some time, and I sincerely hope we haven’t seen the last of these two trying to hit each other. The episode slows down tremendously once the pieces get into place with Jane becoming a triple agent and gaining answers from Shepherd, but the formula will probably realign by episode 2.

Despite its weighted dialogue and some unappealing circumstances, Blindspot still delivers its best moments through Jaimie Alexander’s Jane Doe, the best reason to keep watching into season 2. And it’s assuring to see that the show runners have realized that the central mysteries behind Blindspot have room to explore new territory, and we’re beginning to see the fruits of that likely adjustment.