In honor of the excitement leading into this weekend’s release of Jason Bourne, I got a chance to re-watch the four films that led up to this brand new entry that audiences waited over a decade for. In revisiting this film franchise based on the Robert Ludlum novels, I realized how these films (well, 75% of them) benefit from multiple viewings in order to further appreciate the intricacies in storytelling and pure craftsmanship in bringing one of the most intriguing cinematic action heroes of the century. Let’s take a look first at the film that started it all, The Bourne Identity. 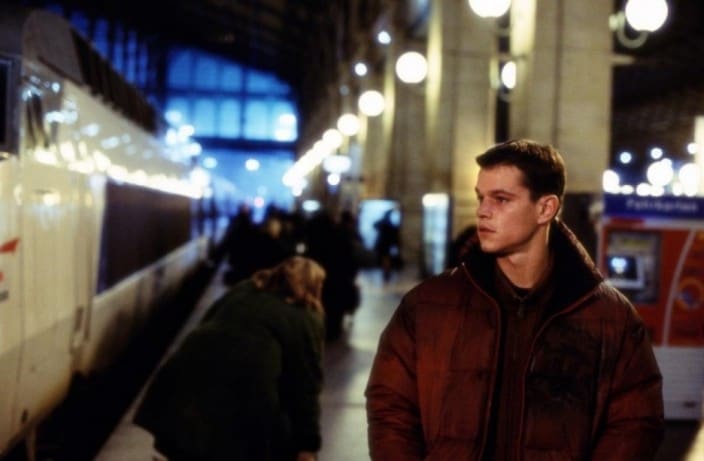 Right from the opening sequence in which our titular protagonist is found unconscious floating on the sea, the audience is just sucked in. Director Doug Liman introduced audiences to this series in such great effect with his steady, yet tension-filled direction that would set a standard for what this series would carry on with through its next installments. This film works as both a compelling mystery and an exciting action film, exploring the scenario in which someone has the opportunity to right their own ships despite the actions of their past. Sure, Jason Bourne suffers from amnesia from his mission, but the ideas that this film explores still elevate the drama to a compelling degree. It helps that Matt Damon adds nuance to the character in both the physical and emotional aspects of his development. Add in some great supporting players like Chris Cooper, Franka Potente, Clive Owen, Brian Cox, and Julia Stiles and you got yourself a tight, entertaining mystery/thriller.