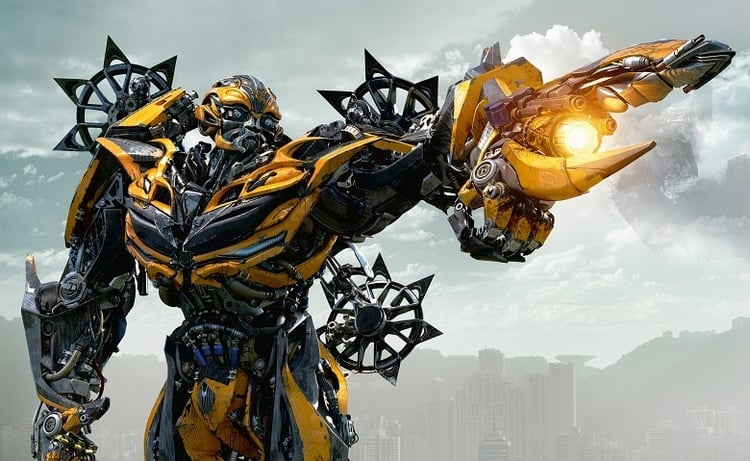 Bumblebee, the first ever Transformers spin-off has been confirmed to be a prequel and may be eyeing a July 2017 start date for production.

With director Michael Bay (possibly) set to exit the franchise after his upcoming fifth installment Transformers: The Last Knight, the studio is looking to expand and continue the franchise for years to come. Bay himself recently revealed the studio has a total of fourteen stories set in the Transformers universe currently in development from the writer’s room assembled by the studio.

The first of which, according to My Enterainmentment World (via Omega Underground) could begin principal photography as early as this July. The Bumblebee spin-off was confirmed last year during a conference call by a Hasbro’s lead rep for the franchise, Tom Warner. Kubo and the Two Strings director and CEO of Laika Studios Travis Knight has signed on to direct the project from a script penned by Christina Hodson (Shut In).

Plot details are still under wraps but Bay recently revealed to MTV at CinemaCon that the film is a prequel that will focus solely on Bumblebee himself:

“It’ll go a little younger. And it will be dealing more with his character and it’s just about him.”

When probed further about where the film falls in the Transformers timeline, Bay added: “it’s back.”

Di Bonaventura will return to produce the Bumblebee spin-off with Bay and Steven Spielberg as well as Hasbro’s Brian Goldner and Stephen Davis.

As of this moment, the film does not yet have a release date but Paramount is targeting the film to hit theaters sometime during 2018.

Stay tuned to Heroic Hollywood for the latest news on the future of the Transformers franchise as we learn it.