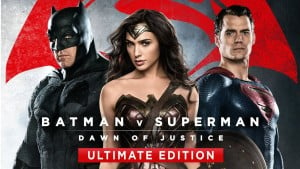 For a while now it was rumored that there was a director’s cut of Batman v Superman and that it would make its way into the theaters before the Blue-ray was released. Turns out the rumors are true. Batman v Superman is heading back to theaters for one night only June 27th for a special free screening in select cities for the Batman v. Superman: Dawn of Justice Ultimate Edition. The151 minute extended cut film will show in Austin, Chicago, Columbus, Houston, Los Angeles, Phoenix, New York, Washington, DC, and many more cities. Tickets will be available from the WB Tickets website.

Warner Bros gave the update via their All Access DC app:

“As a thank you to all of the fans, Zack [Snyder] and the filmmakers would like to invite you to a special theatrical screening of Batman v. Superman: Dawn of Justice Ultimate Edition. This one night only experience will be on Monday, June 27th in select cities. Reserve your seats now as space is limited.”

Below are a list of the theaters the special screening will take place on June 27 at 7:00 PM

Batman v. Superman: Dawn of Justice Ultimate Edition will be available on Blu-ray and DVD on July 19.