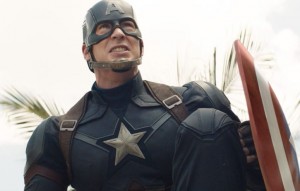 Next summer, Avengers: Infinity War will unite several of the Marvel Cinematic Universe heroes in the ultimate fight against the sinister Thanos. Chris Evans, who has played the role of Captain America since the character’s cinematic debut in 2011, begins filming the project in May with the subsequent fourth Avengers film marking the end of contractual obligations. In an interview with USA Today, Evans discussed his future as Captain America and the possibility of handing the role to a new actor.

Chris Evans explained why retiring from the role and handing it to a new actor would be bittersweet.

“I’d be lying if I said it wouldn’t be hard for me, but the passing of time and the passing of torches is part of the experience. Nothing lasts forever. There’s a beauty in that departure, even if it can be sad at times. It’s also joyful.”

Evans explained why he would be fine regardless of what decision is made regarding the character’s future.

“I’ve had a great run. Superheroes are reinventable entities, like Batman or even James Bond. These movies find new incarnations and new ways to tell the story. I am all for it. However they want to proceed after Avengers 4, it’s really up to them. I walk away with no regrets and endlessly thankful.”

“Downey is far closer to reaching that point where he may walk away. And I don’t know how you replace Downey as Tony Stark. I don’t know who else can touch that.”

For many, myself included, Chris Evans has come to embody the role of Captain America in ways only a handful of actors and actresses have come to embody their respective superhero roles. While seeing him step down from the role is ultimately inevitable, it is still difficult to imagine anyone else epitomizing the character as perfectly as Evans.