Sure, nine times out of ten, merchandise for upcoming comic book films don’t usually give away accurate details about the film’s plot. However, some of the toys and figures popping up for Captain America: Civil War are seemingly confirming a rumor that has been floating around for a bit now involving Paul Rudd’s Scott Lang, a.k.a. Ant-Man.

Just recently we saw a Lego set that featured the same information and now a listing for one of the Funko Pops for Captain America: Civil War seemingly further confirms that particular rumor. Rather than receive a normal sized Pop for the film’s line, Scott Lang will be getting a 6″ super-sized Giant-Man Pop that you can check out below. 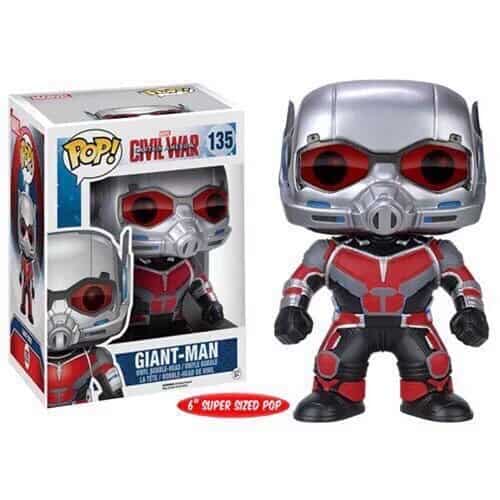 Is it worth noting that the Age Of Ultron line featured a Grey Hulk that didn’t appear in the film? Sure. But it’s also worth noting that there were actually plans for the character to appear that color originally. While a Giant-Man Pop isn’t a 100% confirmation that Lang will indeed grow in the film, the number of things adding up lean towards there being more fact than ficition in this case. Let us know your thoughts on the matter in the comments section below.