As we edge even closer to the release of next year’s highly-anticipated Captain America: Civil War, more and more promotional materials and merchandise for the film should begin to surface. A new image has surfaced online featuring some of these materials and providing a new look at both Captain America & Iron Man’s new suits in the upcoming film. Cap’s new suit sees Marvel Studios incorporate the classic scale look of the character from the comics while Stark will be sporting the ‘Bleeding Edge’ armor this time round. Check out the image below and your thoughts on the character’s new suits for the film. 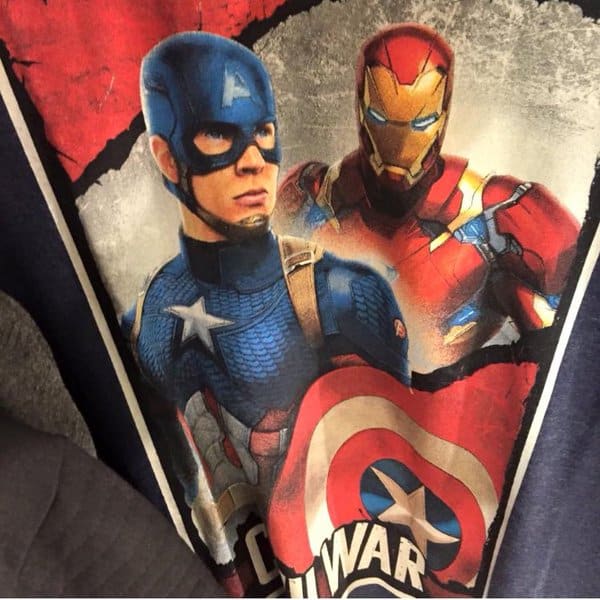 “Captain America: Civil War plot picks up where Avengers: Age of Ultron left off, as Steve Rogers leads the new team of Avengers in their continued efforts to safeguard humanity. After another international incident involving the Avengers results in collateral damage, political pressure mounts to install a system of accountability and a governing body to determine when to enlist the services of the team. The new status quo fractures the Avengers while they try to protect the world from a new and nefarious villain.”

Stay tuned for the latest news regarding Captain America: Civil War and the Marvel Cinematic Universe!