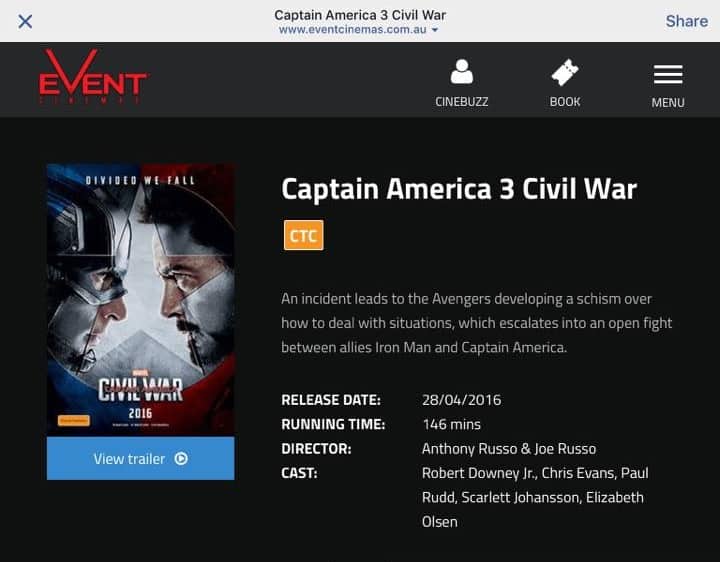 Captain America: Civil War opens in theaters on May 6.