The countdown is offically on for Marvel’s Captain America: Civil War and now the music behind the motion picture is being profiled. Henry Jackman is scoring the film and the full track list has been released.

The soundtrack will be released on May 6th for purchase. Along with the track list, the album artwork has also hit the web. 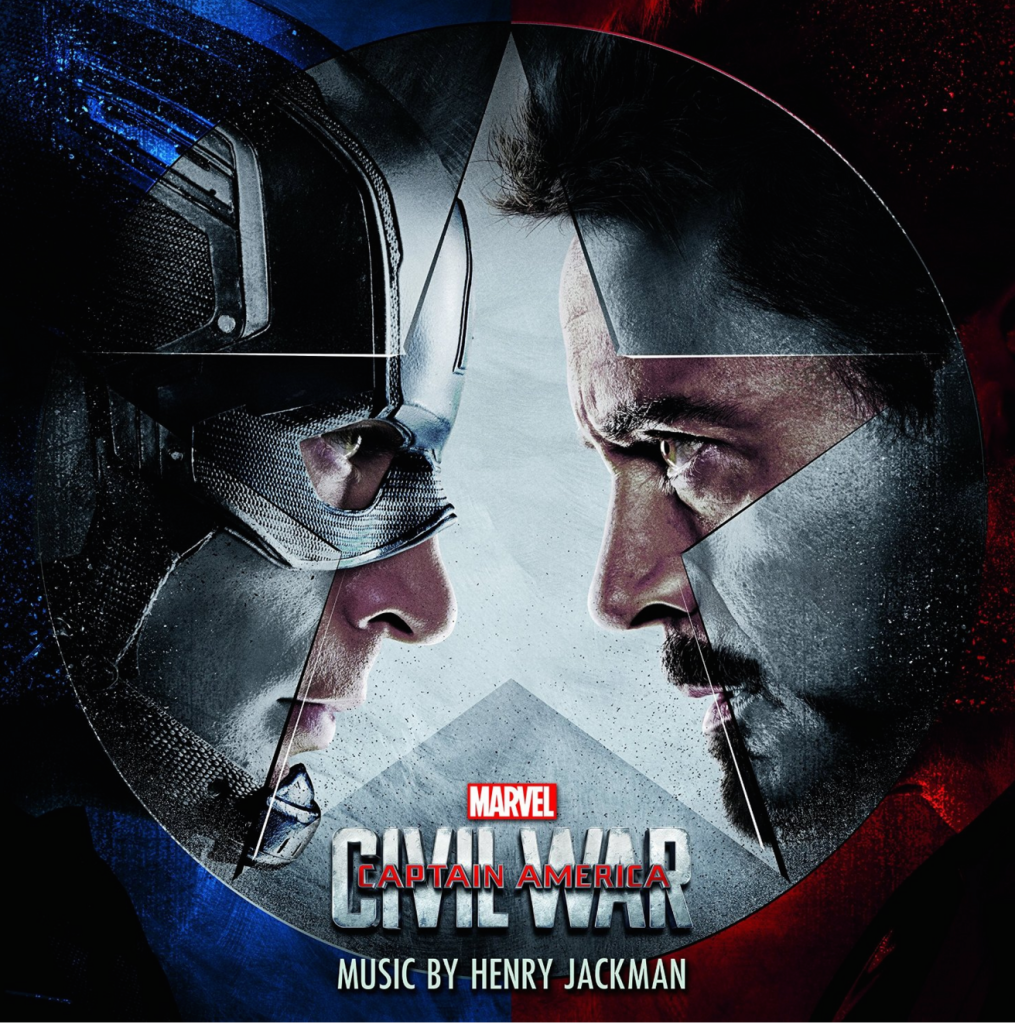 Be warned, possible spoilers for the film could be contained within the soundtrack.

As previously reported, Captain America: Civil War is eyeing a $175M opening weekend but it’s looking like the film is about to open much higher than early predictions. According to Fandango, the upcoming film is outselling all previous Marvel Studios films and has even sold more tickets two weeks ahead of it’s release than the The Avengers did at this point.

Captain America: Civil War opens in theaters on May 6. Are you looking forward to Civil War? Which side are you supporting? Comment below and talk all things Civil War!