Marvel’s Captain America: Civil War is now available on Blu-ray and DVD, meaning that you can now watch the movie over and over again. To drum up some interest, conceptual artist Andy Park has shared another piece of keyframe art that he created for the movie, featuring Iron Man, War Machine and Spider-Man taking down Giant-Man during the massive battle between the Avengers that takes place at the Leipzig airport. 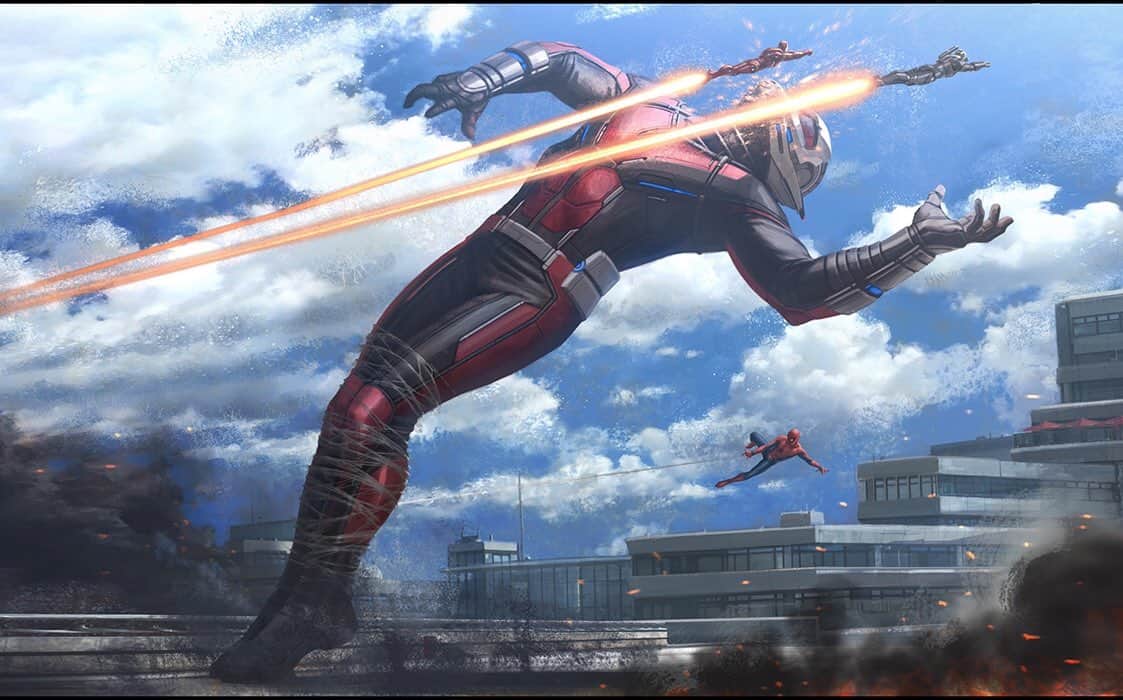