It’s Captain America’s 75th anniversary and the fan favorite character is getting his very own 13-foot commemorative statue, which will be on display at San Diego Comic-Con this week. If you’re going to the event, you’ll also be able to take pictures with the statue. The only thing you have to do is go to the Marvel booth (#2329) while you’re there.

Here’s the first official photo of the statue. 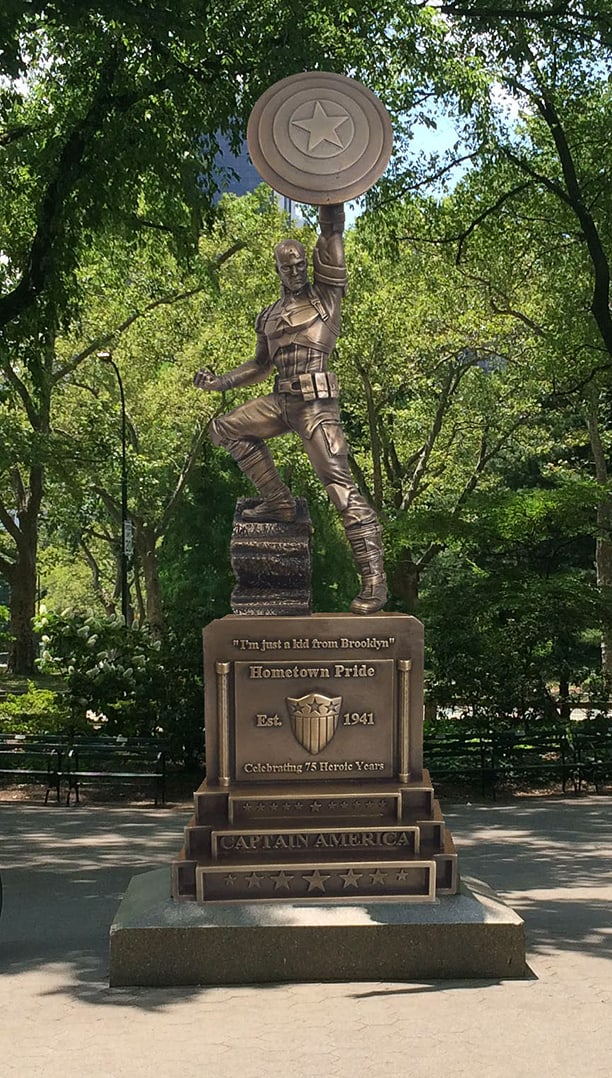 After Comic-Con, the statue will be moved to the Children’s Corner of Prospect Park in Brooklyn, NY for a couple of weeks. It will be unveiled with a special ceremony on August 10th at 1 pm along with a screening of Marvel’s Captain America: Civil War. Then, the statue will be moved to the plaza outside Barclays Center for September before heading to Sunset Park for the rest of the year. You can find more details here.

There’s also going to be a special tie-in comic for the statue, but it’s only going to be available at San Diego Comic-Con and more special Captain America events in the near future. Entertainment Weekly has a first look at the cover of the upcoming comic book, featuring the statue itself. You can check it out below. 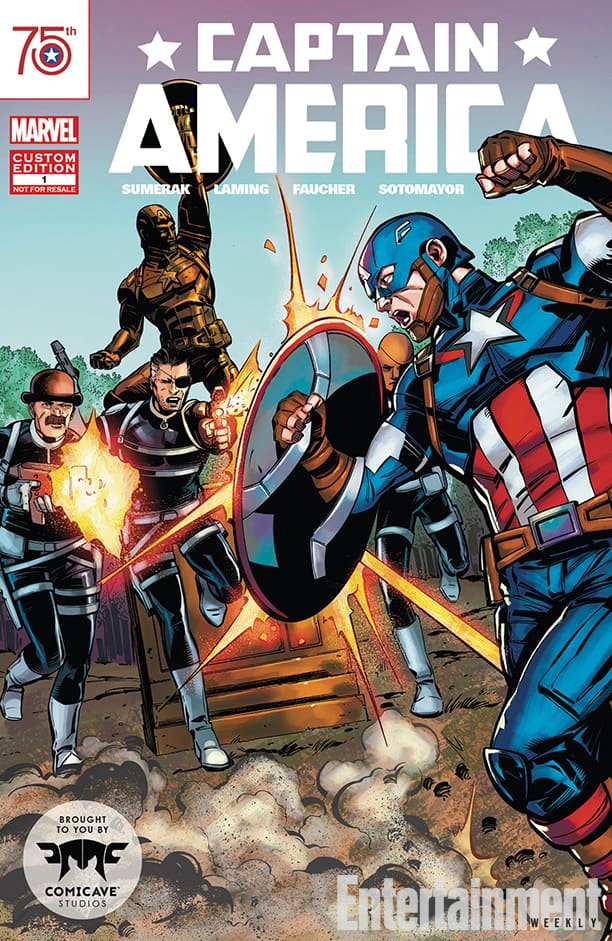