A new Reddit discovery may reveal a Captain Marvel easter egg in the first season of Marvel’s Agents of S.H.I.E.L.D., though not everyone is convinced of the supposed connection.

The first season of Agents of S.H.I.E.L.D. features a scene in which Daisy Johnson (then known as Skye) tells Phil Coulson that she knows little about him except that he values “really old stuff” and her, at which point audiences are shown an assortment of items in Coulson’s collection. Some fans have suggested that the helmet in Coulson’s collection may belong to Carol Danvers, whom the S.H.I.E.L.D. agent may meet during his early days with the spy agency in the 90s-set Captain Marvel film.

However, others have noted that the helmet owned by Coulson is of the World World II era while the headgear Carol Danvers was seen wearing in the Captain Marvel trailer was a 90s-era F-16 pilot helmet. 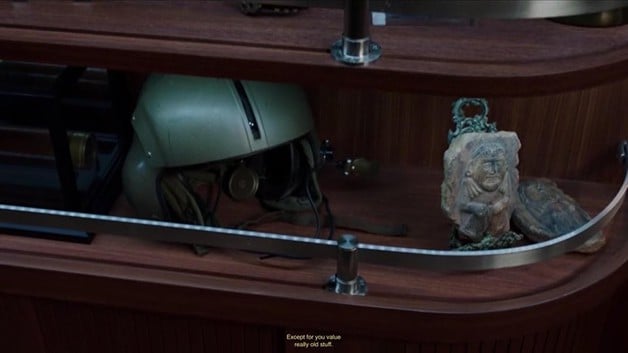 Are you hoping to see young Phil Coulson meet Carol Danvers? Share your thoughts below!