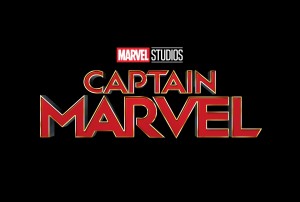 As you well know, most Marvel stand alone superhero stories are origin stories.  It would be safe to assume this is the case with Captain Marvel since its predecessors include Iron Man, Thor, Captain America: The First Avenger and Ant-Man.

But this is Phase Three.  A lot less of these origin films are slated; instead Marvel has introduced characters like Black Panther and Spider-Man to audiences during Captain America: Civil War with brief origin stories. Phase Three is about fleshing these characters out through their own solo films and sequels.  The only real origin story coming up is November’s Doctor Strange which ushers in the new wave of films we are expecting in Phase Three.

With Captain Marvel out in 2019 and opportunities slated to introduce the character in the upcoming Avengers film,much like Black Panther and Spider-Man was introduced, it might seem like we should not expect the traditional origin film.

Marvel debuted 15 minutes of Doctor Strange footage last night in IMAX theaters across the country. After a screening in Los Angeles, director Scott Derrickson and Marvel Studios President Kevin Fiege were on hand to answer questions about the upcoming film and Phase Three of the MCU.

Cinema Blend asked Fiege how the company was viewing origin stories in Phase Three of the MCU and Fiege revealed some information about both Black Panther and Captain Marvel.

[Black] Panther is not really an origin story, since we saw him already in Civil War. But his standalone certainly introduces you to 99% of his world that you never saw. And Captain Marvel is certainly an origin. It’s an origin story from the start.

So it looks like we will get a throwback to the origin in the comics, however I think it is safe to say that there could be some changes as we have seen in recent MCU films.