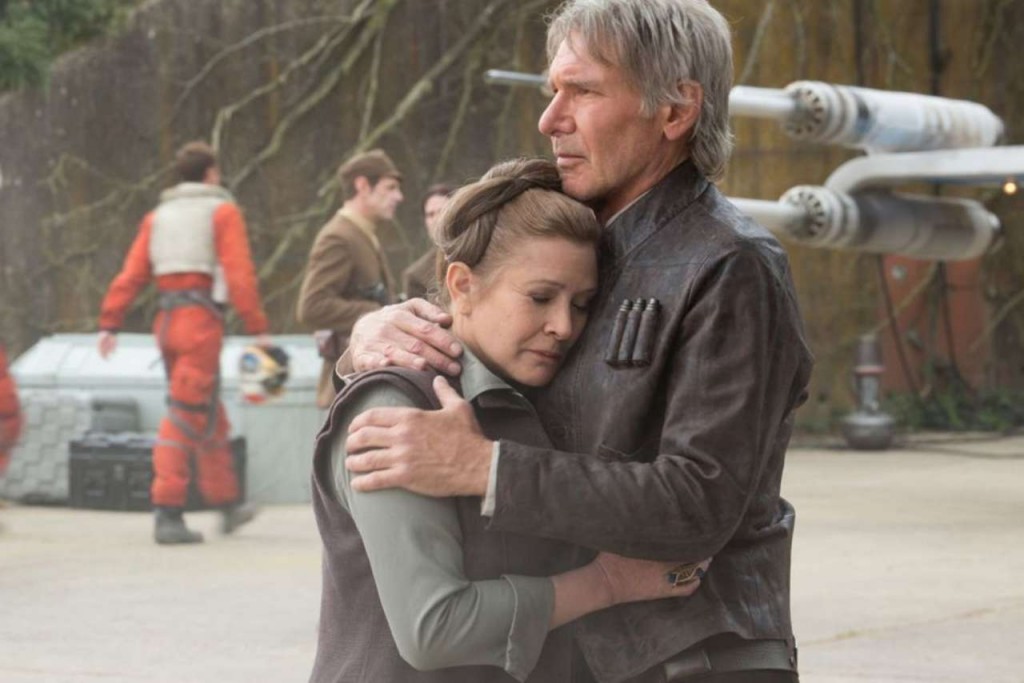 For years, fans have stood behind Han Solo and Leia as one of the best movie couples to ever have graced us with their presence. The first three Star Wars films showed off their fiery chemistry and their constant bickering was always enjoyable to watch.

So, it may have disappointed many fans when Star Wars: The Force Awakens came out and, besides introducing the iconic couple’s very angry son, Kylo Ren, it confirmed that Han and Leia were no longer together and hadn’t been in years.

Speaking at the Saskatoon Comic & Entertainment Expo, Star Wars actress Carrie Fisher disclosed her thoughts on the possible reasons why Han and Leia didn’t stay together.

“He smuggled way too much. And girls, I know you don’t want your husband smuggling, do you? [And] hanging out with the hairy guy too often. I think there are a lot of problems with that. He wouldn’t take me on that hyperspace thing enough… [that’s a] euphemism.”

Fisher might not be too far off. After all, when re-watching the original films, it’s easy to see (although we may not wish it to be true) how the couple didn’t particularly scream “longevity”. For one, they never seemed to see eye to eye on many things and while their heated fights were fun to watch, it isn’t exactly a great base for a long-term relationship.

Regardless of whether or not they got their happily ever after, Star Wars: The Force Awakens proved that no matter what, Han and Leia cared for each other deeply and that their son would always be their number one priority.