Cars 3 already has a teaser trailer, and for some time we’ve known that much of the original cast is returning for a more personal look at Lightning McQueen’s career as a race car reaching his post-prime.

Through an exclusive first look provided by EW, we now know a lot more about the story and the new characters expected to play bigger roles in this story about “generational changes.” We’ve known of two characters in particular who will interact with Lightning during his struggle to maintain relevance on the race track: Jackson Storm, the hotshot race car who boasts a new technological speed Lightning can’t keep up with voiced by Armie Hammer, and Cruz Ramirez, another young hotshot and trainer who wants to help Lightning adjust to his middle age, voiced by Cristela Alonzo. 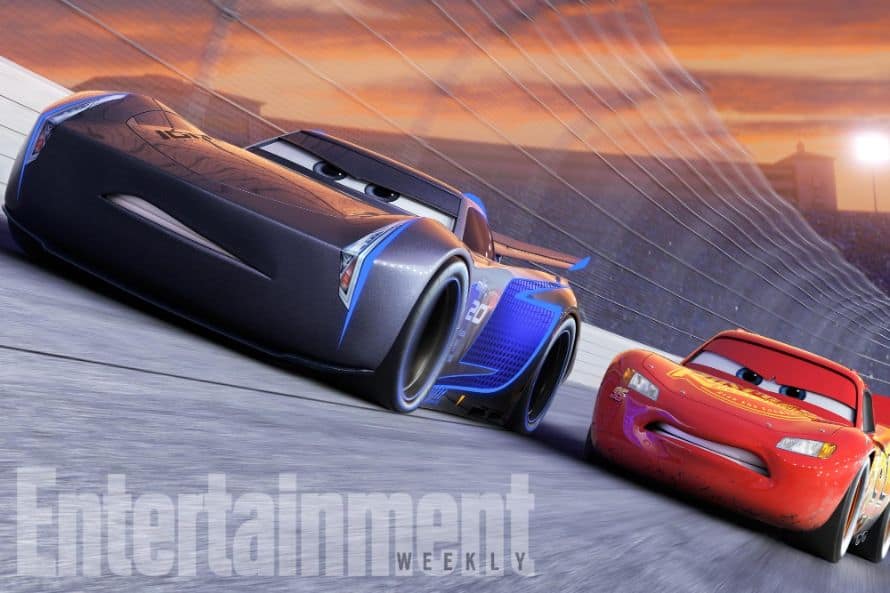 Director Brian Fee (a storyboard artist for both of the previous Cars films) had this to say about Lightning’s journey in this new film:

“McQueen is not the young hotshot anymore, the kid he was back then in Cars 1. He’s in the middle of his life, and as an athlete, that’s getting up there. You have your whole life ahead of you, yet your career is starting to show its age. He’s looking in the mirror and realizing, ‘I’m 40 years old,’ and dealing with the fact that the thing that you love more than anything else, you might not be able to do forever.”

Fee also expanded on the villainous character, Jackson Storm, and how he’ll pose an interesting threat to McQueen as a millennial in search of quick fame:

“Jackson was born with a silver spoon in his mouth. Everything comes easy to him, and everything about him says he’s faster, so much so that we’ve designed him so that even when he’s standing next to McQueen, McQueen looks old. He thinks the world is his. He’s taking over. He’s owed it. In a very broad term, I think of old football players with those little leather skull caps, and you think of football players now with all their armor, hitting so hard. It’s not the same game. What they did was not anything like what we do now. And that’s Jackson: He thinks the future of racing and the high-tech ways they train and what they can do means they’re taking the sport to a new level, and the older guys had their day, and it’s done, and they have no place in the future of racing.”

Finally, there’s Cruz Ramirez, who represents a different side of the generational gap between Lightning and these new characters:

“Whereas others like Jackson would look at McQueen and dump him, Cruz isn’t like that at all. She’s the most optimistic person in the world and wants to do anything to help.”

Fee has called this the most “human” film of the Cars franchise, and he’s even shed light on how he sees the ending for the series that began in 2006:

“Where the franchise goes from here, I have no idea what may be down the road, but I can tell you that for Lightning McQueen, as a character, I think by the end of the movie it’s safe to say that this is only the beginning for him.”