Like most other heroes and villains in DC Comics, Catwoman has donned a number of different costumes over the years, and although the live-action adaptations are the ones that usually spring to mind straight away, it’s fair to say that one of her most iconic designs is the suit from Batman: The Animated Series. The gray and black look was an instant hit with fans when the series debuted and it’s still fondly remembered. But in the latest issue of Catwoman’s solo run from DC Comics, Selina Kyle revives the classic look.

When speaking to CBR as part of a Catwoman #23 preview, writer Blake Northcott opened up about bringing the suit back, explaining that this arc is a return to form for the cat burglar. He explained that co-writer Sean Murphy was the one who came up with the idea for the gray suit to return amidst the arc on Isla Nevada. Northcott said it was also an excuse to revisit Selina’s backstory in a new way, pointing out that she’s always been a complex villain.

“This is definitely a return to form for Selina in more ways than one. Sean [Murphy] had these amazing visual ideas of her classic outfit with a modern, Batman The Animated Series twist, and also the setting. He came up with this jungle theme, and it was brilliant! Once the framework was in place I went back and explored Selina’s roots. She started as a pure villain and a diamond thief, but the layers of complexity came later. There have been a million Top 100 Heroes and Top 100 Villains lists over the years, and reliably, she’ll show up on both simultaneously! Her duality was the most interesting aspect to pick apart and play with.”

Take a look at the Catwoman costume from Batman: The Animated Series below. 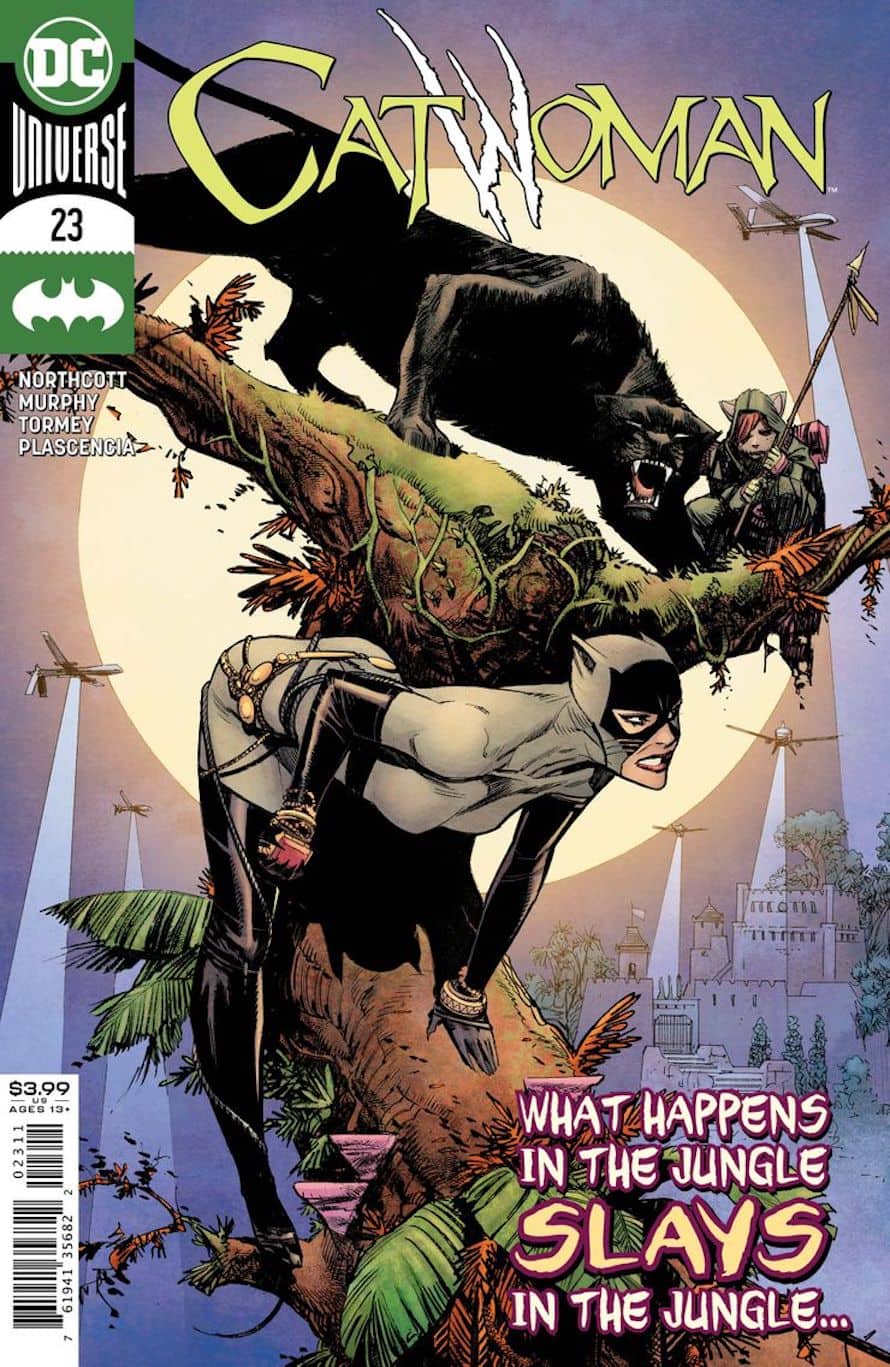 What do you think about Catwoman donning her Batman: The Animated Series costume? Are you enjoying Selina Kyle’s solo adventures from DC Comics? Sound-off in the comments below!

Here’s the synopsis for Catwoman #23:

The cat’s out of the bag! Everyone at Snowflame’s auction is there for the same thing: the list. But what is the market value of a list containing all the intel the world’s greatest crime-fighters have on supervillains? And who exactly is on the list? You’ll have to ask Catwoman to find out.

Catwoman #23 is written by Blake Northcott and Sean Murphy with art by Cian Tormey.