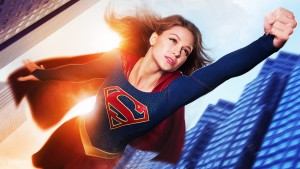 Fans of the “Arrowverse” were pleasantly surprised with a deal between The CW and CBS was made for Supergirl to come over to The CW. CBS was on the fence as to renewal due to the high price of licensing and producing the show. Seeing how the show was produced by the same production company as the CW shows, and the crossover Supergirl episode “World’s Finest” with The Flash was a ratings hit, it was almost a no-brainer for them to be on the same network. However, if a deal was not made, CBS would have kept the show and simply reduced production costs.

Although CBS had reservations about renewing the show, CBS President and CEO Leslie Moonves confirms that they probably would have kept the show.

“If they didn’t go there, we would’ve probably taken it back.  It’s a win-win since we co-own the CW. We worked out great deal. And who would say we wouldn’t have picked it up had it not gone to the CW.”

So what do you think? Should it have remained on CBS, or would the show be better served on The CW?  That way it can incorporate characters from Arrow, The Flash, and Legends of Tomorrow in Supergirl storylines.  Sound off in the comments with your thoughts.