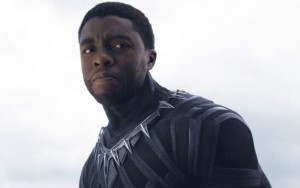 The Ryan Coogler directed Black Panther is easily one of Marvel’s highly anticipated films. The film is expected to be one of the most ambitious within the Marvel universe as its providing a completely unique story surrounding the titular character first introduced in Captain America: Civil War. With actor Chadwick Boseman leading at King T’challa and focusing the film on the nation of Wakanda, the film is boasting of an 80-90% African or African American cast. Fans are eagerly awaiting the upcoming film as it is due to begin production next year.

One thing Marvel Studios prides itself on is keeping their secrets guarded safe. With such a highly anticipated film, the actors and production crew has to make sure nothing gets leaked out ahead of time. That also include lead actor Boseman remaining tight-lipped about the cast that will be joining him. Not only did he have to keep a secret as to his fellow co-stars would be, but it turns out that he was a part of the decision-making process.

“I knew before they had completely decided that that’s who they wanted. I don’t necessarily get to decide but definitely was excited about where they were going, hoping it’d happen, and I’m glad it did.”

Although it wasn’t completely up to him, it’s good that the studio involved him in the decision-making process. This is something that doesn’t happen too often, especially with big blockbuster films. During San Diego Comic-Con it was announced that Lupita Nyong’o and Danai Gurira would play Nakia and Okoye, members of Black Panther’s elite bodyguards the Dora Milaje. It was also announced that Michael B. Jordan would team up with director Coogler once again and play Erik Killmonger, the film’s villain. Motion Capture master Andy Serkis would also reprise the role of Ulysses Klaue from Avengers: Age of Ultron as well. That’s a lot to keep secret!