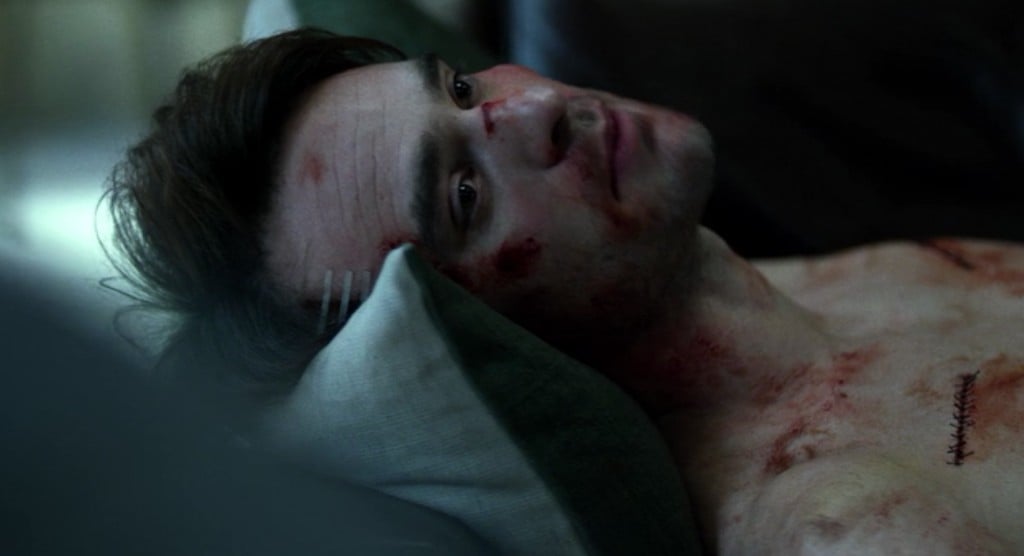 The conventions simply don’t stop do they? No they most certainly do not and it appears that few seem to mind. The hotspot at the moment is Toronto where Fan Expo is in full swing and TIFF is imminent. Among those in attendance were Charlie Cox and Elden Henson, stars of Marvel’s hit Netflix series Daredevil. It was the pair’s second convention in one weekend. In an Q&A moderated by Marvel Chief Creative Officer Joe Quesada, who revealed the Netflix universe is occupying most of his time, the Nelson and Murdock duo wasted no time in diving right into the good stuff for attending fans.

Among the topics at hand were Cox’s experiences acting blind. He spent his days training with Joe Stretchy, who is blind himself, in order to properly learn going about everyday tasks without sight. Most interestingly, Cox revealed his first episode was spent with special contact lenses that matched his own color, but blocked his vision. While it was definitely helpful, it drove the crew around him crazy thus he decided to go without the lenses.

However, the question on most fan’s minds was Defenders, the upcoming Avengers like event that will bring together the stories of Daredevil, Jessica Jones, Luke Cage, and Iron Fist. For Cox personally, he’s most looking forward to acting alongside Game of Thrones actor Finn Jones as Danny Rand a.k.a. Iron Fist. He went on to discuss how he’d recently met Jones and they’d hit it off which only strengthened his excitement.

On a slightly grimmer note, Cox also addressed his character’s moral compass. While Daredevil has shown a hesitation to kill, there’s no doubt he’s done some serious damage to many of his opponents and Cox didn’t shy away from that.

“You know, in season one episode two when he throws the guy off the roof – that’s a gamble, you know what I mean? … So, you know, I think he’s no killing record is slightly by chance at this point. And also, there’s a couple of times where, there’s a scene in episode four of season two where he goes to rescue The Punisher, kind of thing, right, in the catacombs, and as he comes in, he then beats up a couple of guys, knocks them out, right? And then he goes in, he gets Frank, he goes through a couple other rooms, he beats up people, he has a quick conversation with Frank, they then beat up a couple of people together, and as they are leaving, those two guys are still knocked out. If they are not dead, they are seriously brained. If you get knocked out and you’re still knocked out half an hour later, that’s not good. It’s a slightly loose moral compass at times, you know what I mean?”

You can see the entire panel embedded below.

Daredevil Seasons 1 and 2 are streaming now on Netflix. The Defenders premieres in 2017.