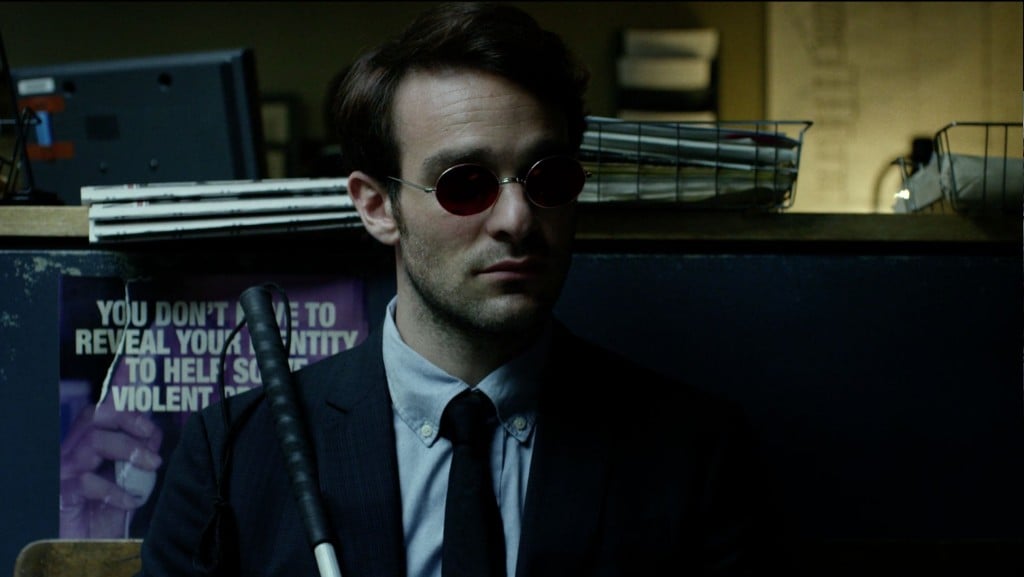 Marvel’s Daredevil series has taken the Devil of Hell’s Kitchen to places that the character has never seen before beyond the comic books. With this television series, Marvel has pushed the envelope in what audiences can expect for superhero TV shows, elevating to another level after the newest season introduced The Punisher (Jon Bernthal) and Elektra (Elodie Yung).

Charlie Cox, who portrays the titular hero was recently at Dragon Con in Atlanta, GA. While there, Cox discussed some of the approaches made for bringing the character onscreen. The actor reflected on experiences he had during production and brought attention to the duality of Matt Murdock.

Cox believes Murdock puts on the Daredevil’s signature suit with good intentions. “[Murdock] knew he was gonna go out and make a difference,” he said. The suit changes Murdock; it even alters his speech, making it more aggressive with interesting, short, sharp sentences. The change in speech was something that the show’s producers cautioned him on, saying, “You’re starting to sound like Batman.” But Cox was quick to point out that there aren’t that many ways to sound threatening.

Season two really pushed Murdock to some of the biggest challenges of his life. Murdock struggled with balancing his professional life as a lawyer, his personal life, and his life underneath the mask. Cox really made the character his own, and thankfully he didn’t need to follow the Batman route of completely disguising his voice, but rather the intimidation of wearing the suit pushes him to a more aggressive personality.

Cox also reflected on his experience filming the scene for the episode, Penny and Dime where Murdock listens to Frank Castle’s tragic anecdote. Cox was praised for allegedly shedding a tear during the scene, but he claims to not remember tearing up but rather sweating after having to carry Bernthal up a hill. Cox humorously explained that for future crying scenes, “I’m gonna carry Jon Bernthal.”

Charlie Cox will soon get started filming the upcoming Defenders series for Netflix. He will be joined by Krysten Ritter (Jessica Jones), Mike Colter (Luke Cage), and Finn Jones (Iron Fist) as they unite together to face their biggest threat yet.

The first two seasons of Daredevil are available to stream on Netflix.