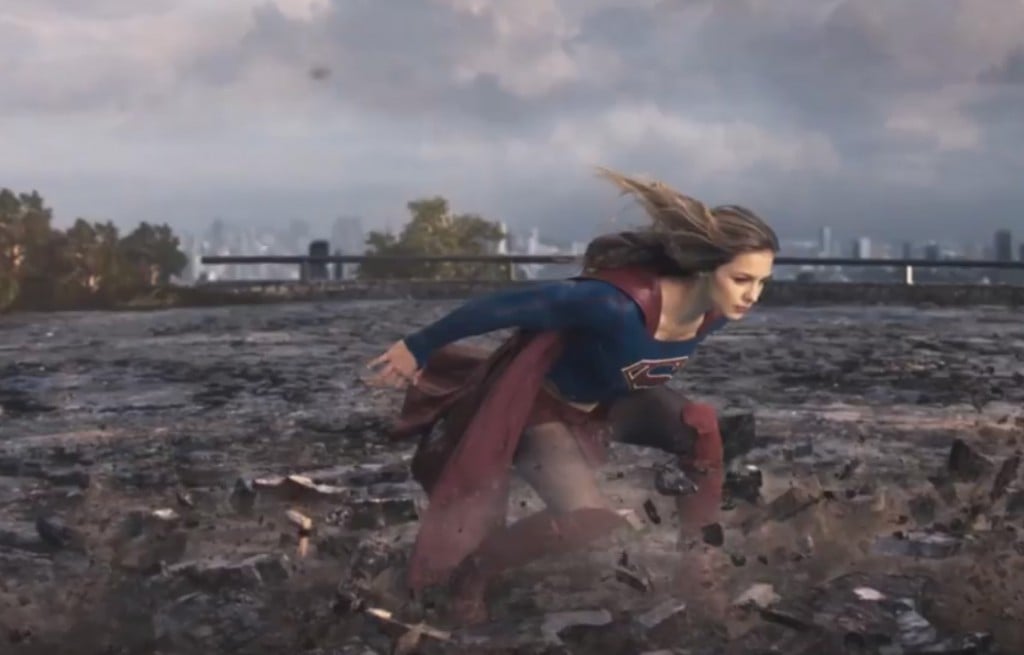 A new promo for the upcoming season of Supergirl has just been released via the show’s official Twitter. The promo gives us a look at Kara Zor-El (Supergirl) getting ready to take off into flight. As she prepares for liftoff, the Earth around her begins to shake and shatter to form the logo for her show’s new home, The CW.

The promo is done in slow-mo accompanied by some epic music, as Kara takes off much like Henry Cavill’s Superman did in the DC Extended Universe’s film, Man of Steel. See the entire thirty second promo, below:

#SupergirlCW Season 2 takes off on The CW, Monday, October 10! pic.twitter.com/z2yQ82Qzc3

The promo looks like it uses some of the same CGI that The Flash uses when they show the scarlet speedster using superspeed. Although the visuals are on point, the promo does next to nothing in terms of giving fans an idea of what to expect next season. That could either be a good thing or a bad thing, depending on your view of promo spoilers. For what it is, however, the promo is pretty epic.

Are you looking forward to next season of Supergirl on the CW? Make sure to let us know what you think below in the comments.