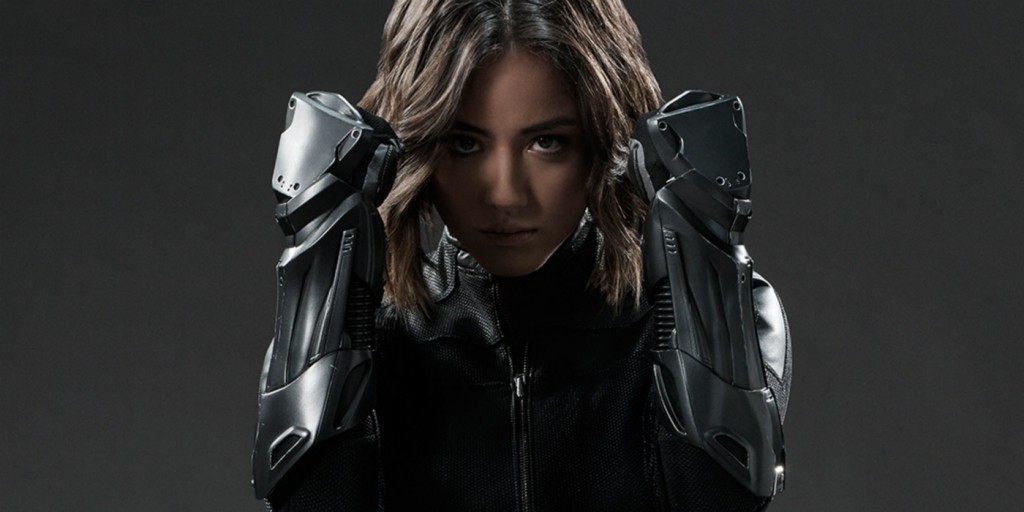 After the final confrontation with Hive, Agents of S.H.I.E.L.D. member Daisy Johnson, having seen omens of what was possibly her own death, was prepared to die. Instead, Lincoln Campbell sacrificed himself in her place.

At the beginning of season four, Daisy isn’t in a good place.  At the end of season three, she had been prepared for what was to come and she didn’t think she’d survive it. Dying was also her way of making peace with what she did while under Hive’s influence. But now that he has to live with what happened, how is she going to cope?

Chloe Bennet, the actress who plays Daisy, spoke about what’s to come for her character and how she’ll deal with the fallout of almost dying.

“I actually don’t think that was rock bottom. She was getting on the elevator that takes her to rock bottom. Over the past couple of months, it’s been so much pain that she almost doesn’t feel it anymore. Her distancing herself from the team and from S.H.I.E.L.D. is her way of — you see in episode 2 — she doesn’t want to be doing this. Deep, deep down, she’s in so much pain from keeping herself from the people she cares about, but she also feels like if she gets close to people, someone gets hurt.”

Agents of S.H.I.E.L.D. premiered last week with the introduction of Ghost Rider. The show airs Tuesdays at 10/9c on ABC.