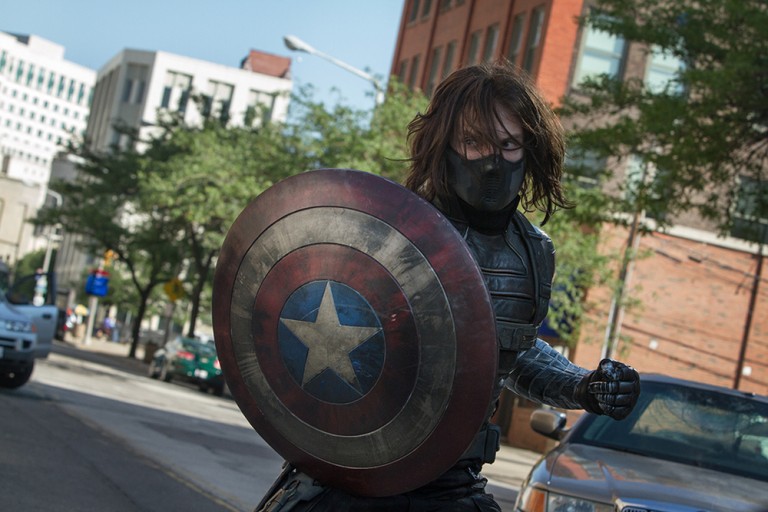 Happy belated birthday to Sebastian Stan. The actor who portrays the Winter Soldier in the Captain America films, celebrated his 34th birthday Yesterday. Chris Evans posted an image on Twitter wishing his Captain America co-star a happy birthday to commemorate the occasion.

Happy birthday, Sebastian! I still remember that time I helped you with your college essay. pic.twitter.com/yQqtIV7P8Q

The image which can either be viewed in the tweet above or pasted below comes with the caption “Happy birthday, Sebastian! I still remember that time I helped you with your college essay.” The image then depicts Sebastian Stan holding a mock college essay entitled “All Your Wildest Dreams Will Come True.” Sebastian Stan has also recently been confirmed to appear in the upcoming Avengers: Infinity War as The Winter Soldier, leading fans to believe his character’s defrosting is imminent. Stan most recently appeared in Captain America: Civil War, which is out September 13th on Blu-Ray.

With many people fearing the actions of super heroes, the government decides to push for the Hero Registration Act, a law that limits a hero’s actions. This results in a division in The Avengers. Iron Man stands with this Act, claiming that their actions must be kept in check otherwise cities will continue to be destroyed, but Captain America feels that saving the world is daring enough and that they cannot rely on the government to protect the world. This escalates into an all-out war between Team Iron Man (Iron Man, Black Panther, Vision, Black Widow, War Machine, and Spiderman) and Team Captain America (Captain America, Bucky Barnes, Falcon, Sharon Carter, Scarlet Witch, Hawkeye, and Ant Man) while a new villain emerges.