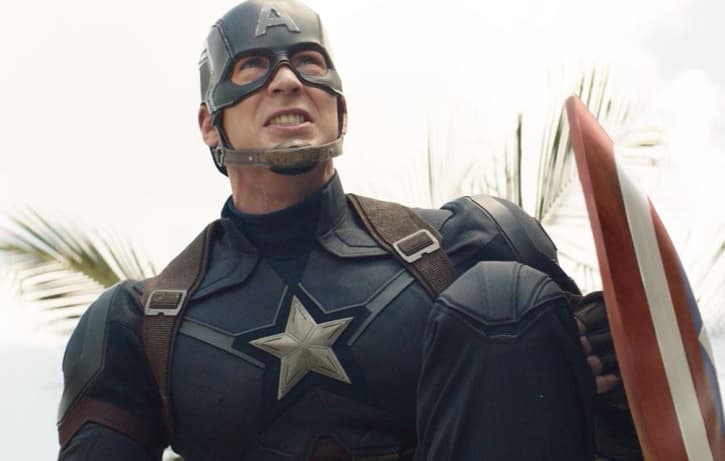 In spite of previous reports suggesting that Chris Evans could be hanging up Captain America’s shield after he’s fulfilled his contract with the fourth Avengers movie, the actor has recently stated that he’d still be open to continuing to play the character.

In the above link, Esquire wrote that Evans was done portraying the star-spangled superhero after his contract was up – which, oddly enough, does not seem to be supported by an actual statement from the actor. A multi-film contract ending, after all, does not mean that an actor will never work with the same studio again on a different project. Recently, Collider’s Christina Radish asked him directly if he’s really done playing the character after the fourth Avengers movie, and he said that he wouldn’t count out more Marvel Cinematic Universe appearances just yet:

“It’s really not up to me… I’m not going to sit here and say, ‘No more.’ I think Hugh Jackman has made 47 Wolverine movies, and they somehow keep getting better. [Captain America is] a character I love, and [Marvel Studios is] a factory that really knows what they’re doing. The system is sound, over there. They make great movies. If they weren’t kicking out quality, I’d have a different opinion. But, everything Marvel does seems to be cinema gold… The only reason it would end is ‘cause my contract is up. After Avengers 4, my contract is done. Talk to Marvel. If we engage further, I’d be open to it. I love the character. It’s almost like high school. You certainly always look to senior year, and then, all of a sudden, senior year happens and you’re like, ‘I don’t know if I’m ready to go.’ It’s tough thinking about not playing the guy.”

The short answer is that it sounds like he’s up to playing the character for a while, but it’s Marvel’s decision in the end. Considering how his take on Captain America has been as widely praised as Jackman’s take on Wolverine, it seems as though they’d be foolish to not consider keeping him around – and as Evans said, Marvel knows what they’re doing.