As Marvel’s Thor: Ragnarok continues principal photography in Brisbane, Australia, new photos from the set continue to surface. Set photos first surfaced the web from the Brisbane set showcasing the several taxi cabs, school buses, and traffic signals that signify the New York setting that the sequel will showcase despite taking place mostly within the cosmos. Now, we have new set photos featuring the film’s main stars, Chris Hemsworth and Tom Hiddleston.

In these photos however, Hemsworth and Hiddleston are not seen sporting their iconic costumes as both the God of Thunder and the God of Mischief respectively. This time around, they seem to be keeping things quite… Low key. Instead, they are both seen with a more earthly attire in which they both show off their fresh fashion sense. My guess is that the characters are trying to keep their cover in what is for sure to be an exciting scene in New York City.

It’s always fun to see the actors/actresses from these films on the actual set, giving us a sense of excitement that the cameras are rolling for our next adventures with them. You can check out the photos down below. These photos are courtesy of Anthony Lee via Twitter. 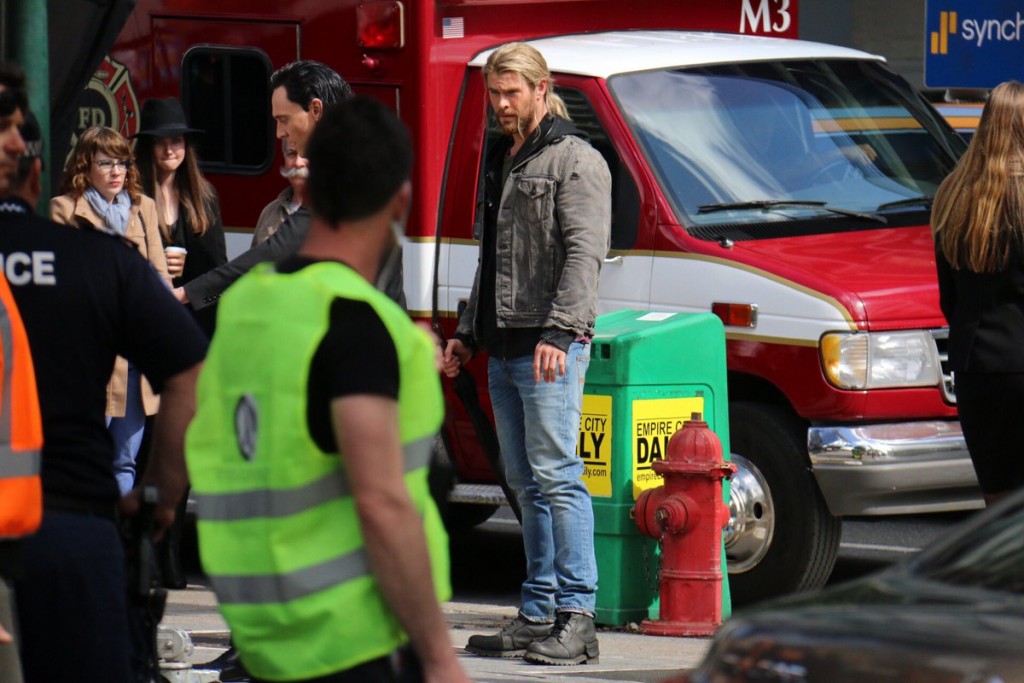 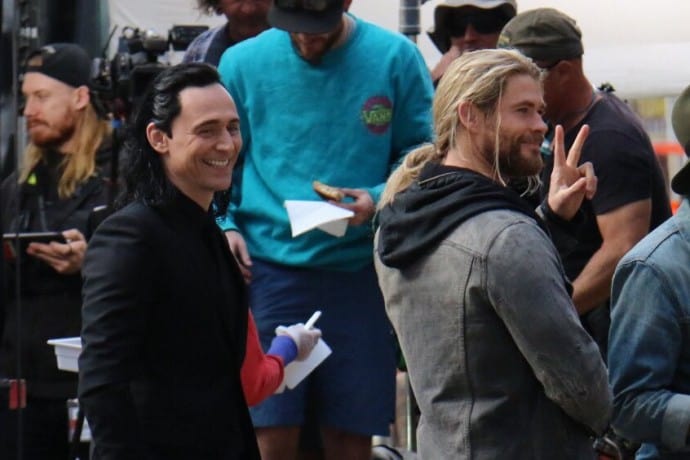 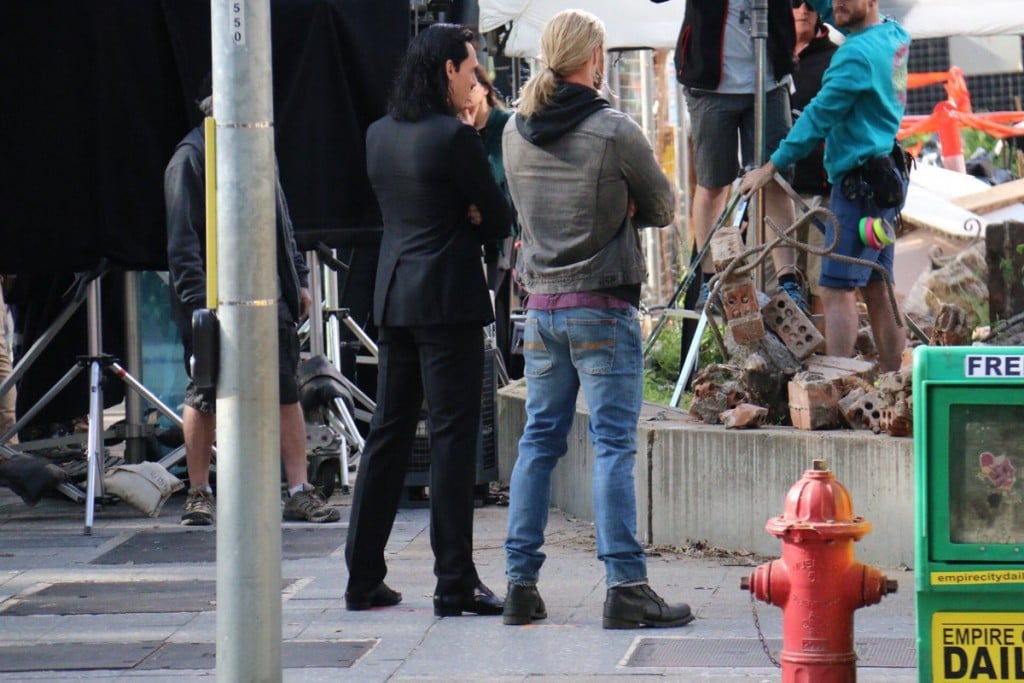 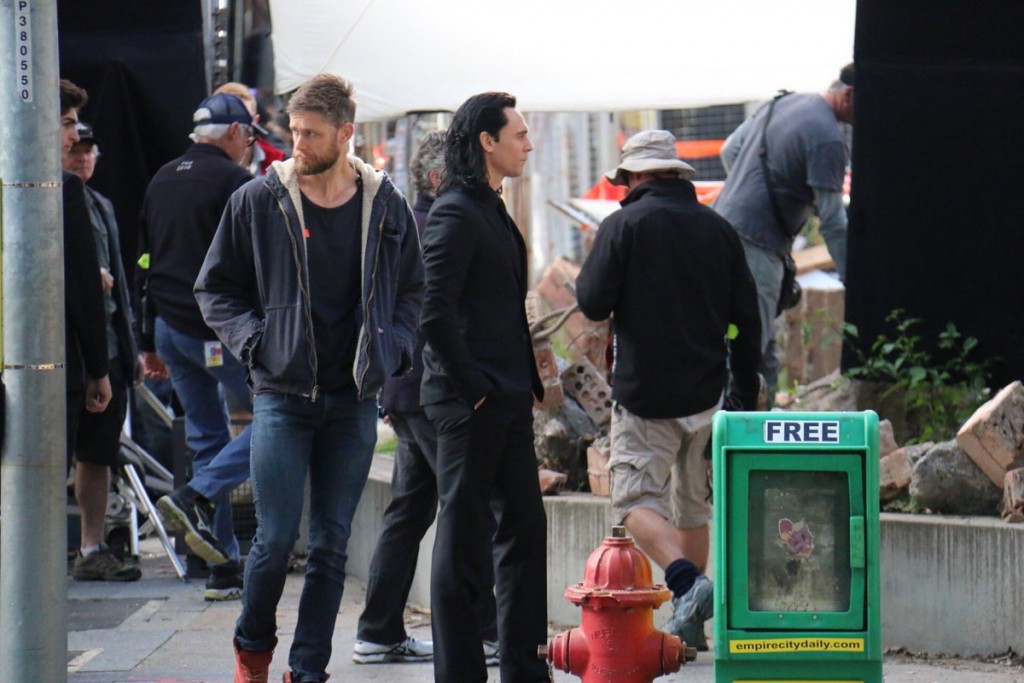 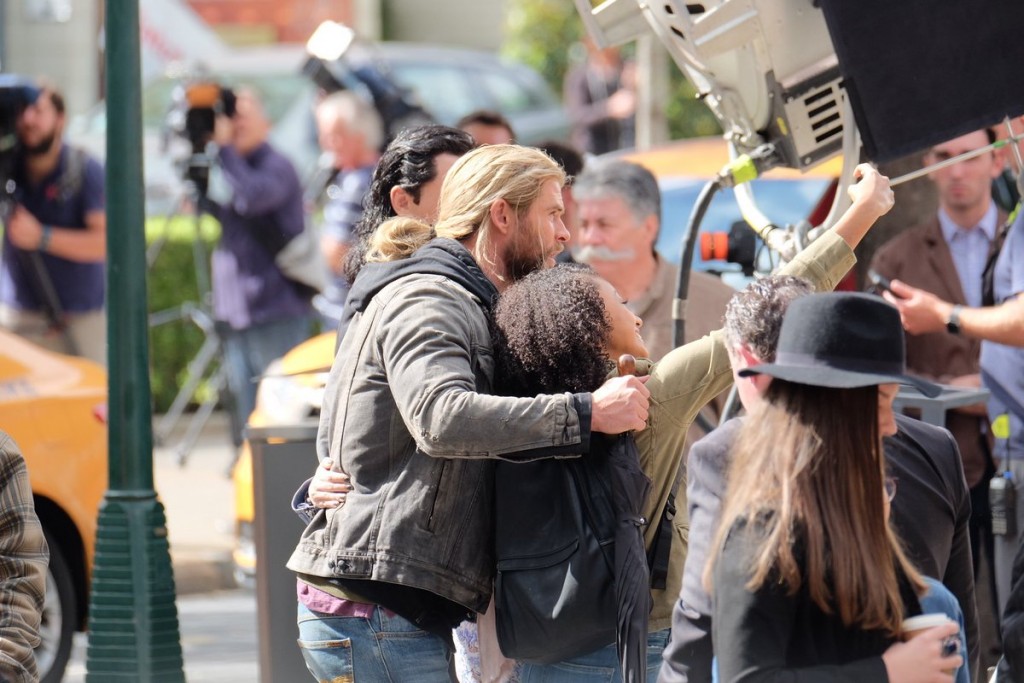 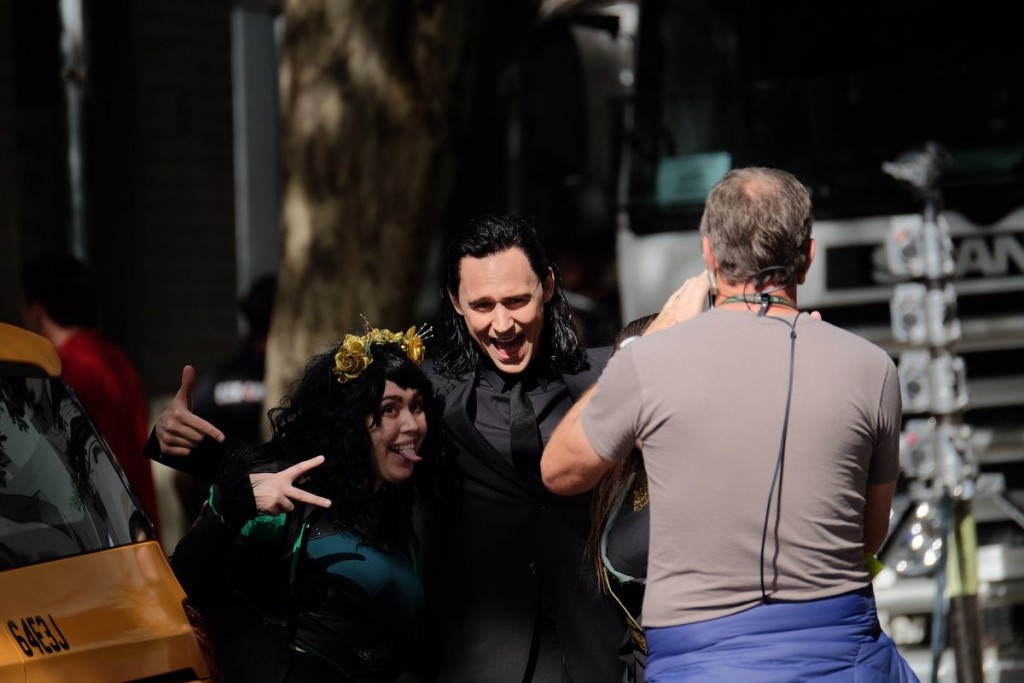 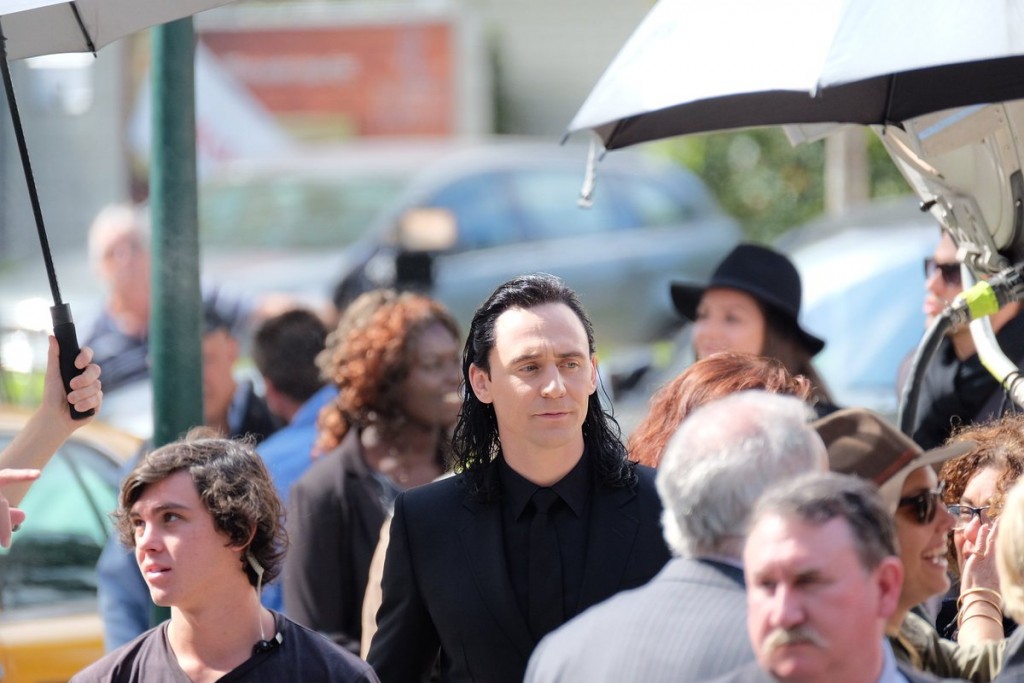 Also, videos from the Brisbane shoot have also surfaced online. You can check them out below.

And we are still on the same scene of #Thor after 1h here is the selfie from a new angle! #excitement @couriermail pic.twitter.com/jcCE1uKBk9