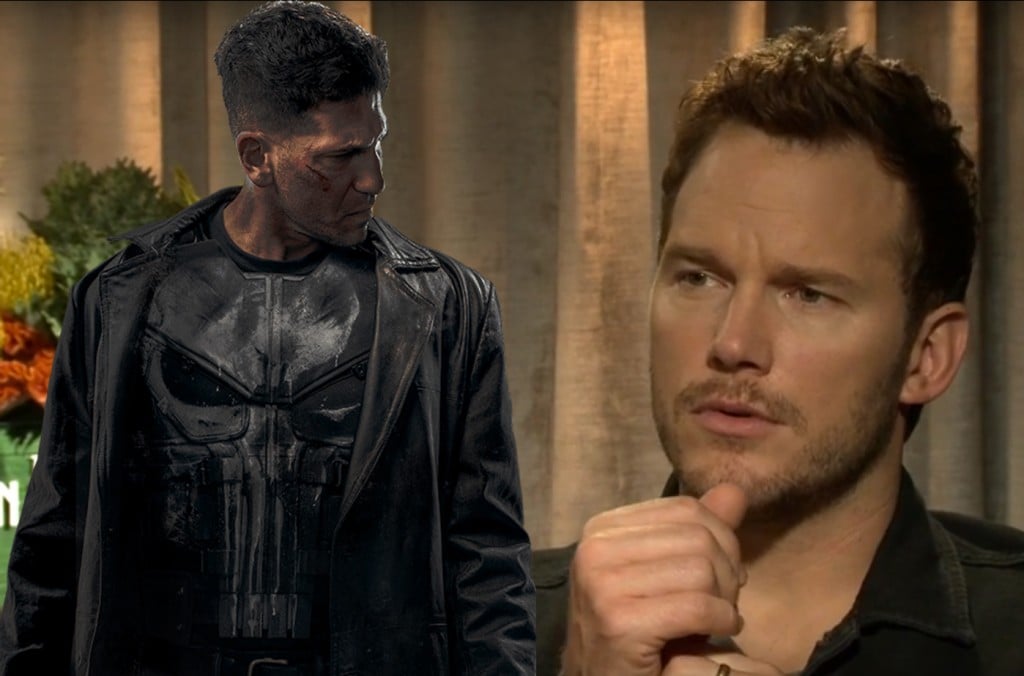 Avengers: Infinity War is on track to be one of the most character intensive films ever created, with everyone from Tony Stark to Rocket Raccoon teaming up to take down the Mad Titan, Thanos. One lingering question still remains unanswered: will Netflix’s street level heroes have any sort of role in the epic superhero war? Daredevil, Jessica Jones, Luke Cage, Iron Fist, and The Punisher have their own little, darker corner of the Marvel Universe to occupy. Will they ever cross over with the rest of the Marvel Universe? Well, they would if it were up to Chris Pratt.

During a recent video interview with We Got This Covered, Chris Pratt was asked which superhero he would like to see his Guardians of the Galaxy character, Star-Lord, team up with on the big screen in Avengers: Infinity War. Pratt skips over the more obvious choices of Captain America and Spider-Man, and goes right for Frank Castle aka The Punisher. Something about picturing The Punisher coming at Thanos with an AK-47 and some grenades just makes me happy. Check out the video below:

Unfortunately this is very far from any sort of confirmation concerning any of the Netflix characters appearing in the film, but it is still fun to hear someone like Chris Pratt acknowledge the darker side of Marvel. Do you want to see Marvel’s street level heroes join the rest of the Marvel Cinematic Universe in Avengers: Infinity War? Make sure to let us know what you think below in the comments!