Captain America: Civil War marked the introduction of Peter Parker/Spider-Man to the Marvel Cinematic Universe, but fans who waited for the post-credits scene at the very end of the film were given a tease of the web slingers upcoming solo film. Now, new concept for Civil War reveals a minor Easter egg with a potentially big clue as to what role Tony Stark/Iron Man will play in Spider-Man: Homecoming.

Newly released concept art from Experience Perception shows several original designs for the Spider-Man signal that appeared in the post-credit stinger for Captain America: Civil War. The signal is a hologram created by a device given to Peter Parker by Tony Stark, who recruited Parker to help apprehend Captain America in Germany, and the new concept art reveals the hologram originally contained a message from Stark.

Check out the image below to note the message that reads, “Swing by the tower, got some new upgrades you should see.” 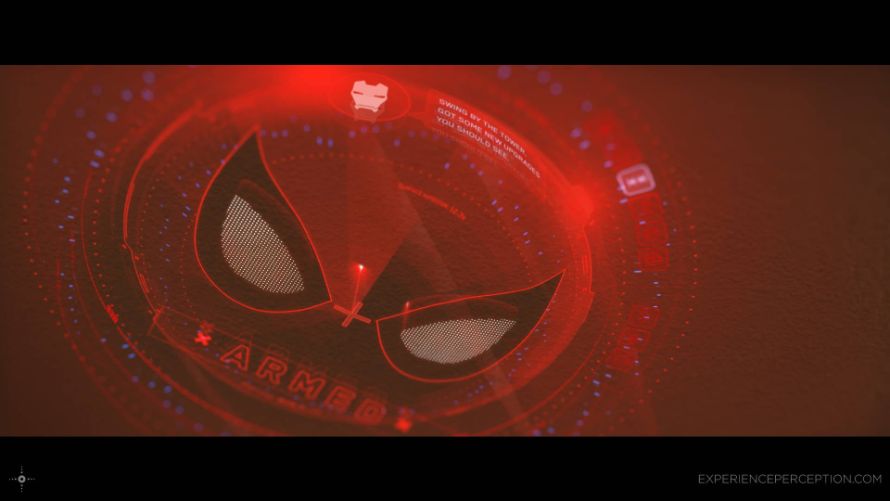 The message was ultimately cut from the final version featured in the film, but it does suggest that at one point the creative team behind Captain America: Civil War and/or Spider-Man: Homecoming at least considered the idea of Tony Stark providing upgrades to the Spider-Man suit at some point in the Marvel Cinematic Universe saga.

Spider-Man: Homecoming will be released in theater on July 7, 2017.